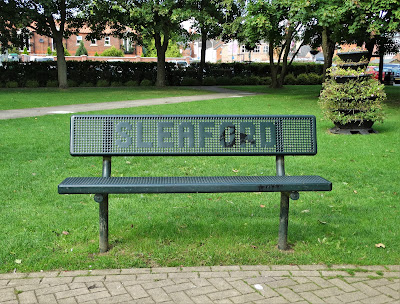 We are in north west Norfolk now. We stopped off in Sleaford, Lincolnshire on the way over. In fact we were in Sleaford for three hours. It's a charming little town with a lovely old church, dedicated  to St Denys. Apparently, he was the bishop of Paris in the third century.

Though decapitated during religious purges, St Denis/Denys allegedly carried his severed head to a place north of Paris where an abbey was established in his name. That tale explains this carving on the rood screen in Sleaford:- 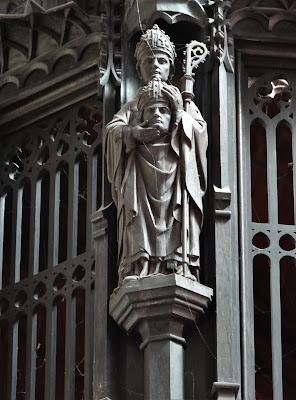 I could bore you silly with the knowledge about Sleaford I acquired yesterday afternoon. We visited an antiques shop, a little art gallery, The Navigation House Museum and several shops as well as enjoying a light lunch in The Marketplace Cafe. There was also a bizarre modern building called The National Centre for Craft and Design. We found it terribly disappointing. Where was the craft? Where was the design? The buttons in the lift were worn out and the young women at the desks in the two galleries were messing about with their smartphones to relieve their obvious boredom. 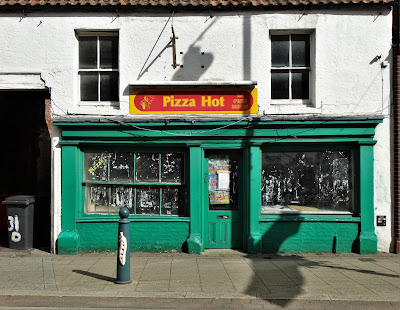 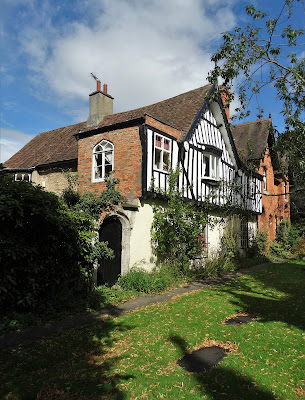 It was a day of changing weather. Pouring rain turned to bright sunshine and back again as we drove across the flatlands of south Lincolnshire. You could see for miles. It must be easy to feel tiny if you live in such a landscape. We were on the A17, heading to King's Lynn.

Soon we were at our rental apartment in the Norfolk village of Dersingham. It's in the west wing of a grand house owned by a local solicitor and his rather posh wife - Sheena. She advised us against dining in either of the village's pubs saying she hadn't been in them for over twenty years while implying they were for the undiscerning hoi polloi. However, we ignored her snobbish advice and enjoyed delightful evening meals in "The Coach and Horses" surrounded by other ordinary people.
- September 12, 2017