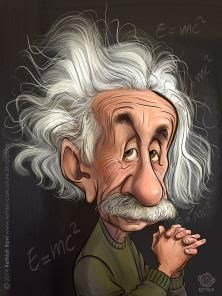 Over the years, I have participated in countless pub quizzes. My head is filled with random bits of knowledge that I can draw upon as the questions are read out. Customarily, my quizzing partners are Mike and Mick. They have their own particular strengths as quizzers. Mick is very good at dates, music, film and anything you might like to ask him about James Bond. Mike is good at history, drama and Oldham Athletic football club. Unfortunately, we have never been asked a single question about Oldham Athletic. I specialise in geography, politics, religion, current affairs, gardening, football, rugby league, cookery, nature, wildlife, the combustion engine etc. etc.. Weekly, we have been quizzing together for over twenty years. 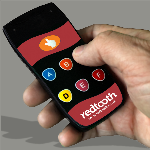 On Thursdays, without my regular companions,  I frequently attend another quiz at "The Banner Cross". This is an interactive quiz which involves pointing remote keypads at the television screens where the multiple choice questions are displayed. There's no time for discussion. You have to click and move on. There are about fifty questions and they include music and picture identification.

Last night I was down at "The Banner". Before the quiz began I had to tolerate a cascade of political invective from my chum Higgy. He doesn't get out much and he lives on his own. Consequently, when he gets to the pub he has a lot of stored up thinking to let out. It's a bit like eating cabbages or beans. If you didn't let the gas out you would explode!

Higgy reads "The Guardian" every day and he bristles with anger and disgust about Britain's European Union referendum result. He is appalled by the posturing of our politicians, the lies they told and continue to tell and their obvious inability to forge a Brexit deal that will be acceptable and helpful to our economic well-being. It is all an utter mess. The British people have been wilfully sold a pig in a poke.

Not only was I having to deal with Higgy's tirade before the keypad quiz, I also had to deal with it as we progressed through the fifty questions. I just wanted to relax and focus on the quiz not to simultaneously engage in an angry discussion about Brexit. He just wouldn't shut up about it. On and on.

The quiz finished. Higgy won it with me second and Steve third. Higgy had a last half pint of lager and grabbing the cushion he carries in an old plastic bag (because of his osteoporosis) he prepared to go home. No, "Nice to see you fellows!" just final thoughts about Brexit as he went out of the door. He must be suffering from Brexomania.

For Steve and I it was a great relief when he left. I mean we both love the guy but you don't come to a pub quiz to endure a one-sided political rant. We could now relax. By the way, Higgy gave me yet another clipping from "The Guardian" about Brexit. I guess it's my homework even though Brexit, like Oldham Athletic, is unlikely to come up in a pub quiz any time soon.
- September 08, 2017