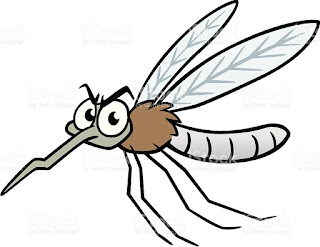 Habitually, I claim to respect all creatures and would certainly never harm a fly. In this sense, I feel I have unconsciously adopted a Buddhist attitude to non-human life. As a gardener, I always feel bad about disposing of slugs and snails but it has to be done. Often I just throw the munching snails into the green access lane at the bottom of our garden.

I remember a still summer day on a lake in Austria long ago. My younger brother, Simon and I had paddled a raft away from the shore. I had a length of orange sea fishing line with me - wrapped around a wooden "H". At the end of it were a dozen hooks. I put stale bread on them and threw the line into that crystal clear lake. I believe it was called Grundlsee.

Almost as soon as those hooks hit the water, a crowd of fish - probably arctic char - rose up from the depths below. Within seconds every hook had a fish upon it. I hauled my catch in - beautiful silvery creatures being rudely yanked from their aquatic environment.

Was it Robin or Paul who yelled back, "Bash'em on the head with your paddle!"? I don't recall but I do remember replying, "Bash em on the head? I can't do that!"

With the fish still showing their displeasure, we paddled the raft back to the lakeside and there our older siblings relieved the creatures of their misery. They were eaten for brumch in our caravan but I was still mourning their deaths and feeling guilty about what I had done so I refused the fish.

Wind forward fifty five years and we are in our first floor hotel room in Corfu. Every night some ten or twelve mosquitoes find their way into our little space. They are on the ceiling or in the bathroom or lurking in the curtains.

I have a rolled up a copy of "The Times" and I am no longer a hippy Buddhist lover of life, cradling butterflies or feeding garden birds - no - I am now a ruthless killer. I show no mercy as I whack the little bastards. Sometimes they are filled with blood. I crush two on the mirror and whipping a bath towel I bring stray mosquitoes down from the ceiling, pursuing them  to the bitter end. I feel elated with each death and deflated whenever they get away.

It's a nightly hunting expedition. Though I recognise the inconsistencies in my moral code and in relation to my usual attitude towards living creatures, I feel no shame in being a mosquito assassin. After all - what is the point of these whining little creatures that have brought so much distress to the human race? We are at war with these hypodermic devls and in Corfu I confess that I murdered them without regret.
- May 23, 2018