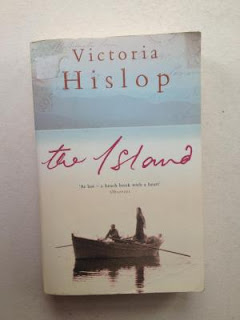 After reading "The Northern Clemency" by Philip Hensher in Corfu, I began another novel and continued reading it throughout our three hour flight home. This second novel was written in 2005 and over the last decade it has been enjoyed by many thousands of readers.

The novel in question is "The Island" by Victoria Hislop. It is set in eastern Crete and the seeds for its creation  were sown during Mrs Hislop's first visit to the offshore island of Spinalonga.

For over fifty years Spinalonga was the location of a leper colony - populated by unfortunate victims of leprosy from both Crete and mainland Greece. When you were sent to Spinalonga there was no possibility of return - or so everyone thought until, in the mid-1950's a cure for leprosy was finally confirmed.
In 1957, the colony shut down for good and the island was left to wrack and ruin. It received very few visitors but since the success of "The Island" it has become a must-see destination for visitors to eastern Crete. Shirley and I were there in June 2015. To see my initial blogpost about our visit to Spinalonga, please go here.

The island and the nearby tiny port of Plaka are the main locations for what unravels in the novel. It is pretty well-researched and clearly Victoria Hislop came to know a great deal both about leprosy and the customs of eastern Crete. She uses this knowledge to embroider her tale of love, family loyalties, heartache and leprosy. The novel spans some fifty years.

Soft sod that I am, I found myself weeping as I turned some of the pages. The story is written with genuine humanity and tenderness. No wonder the novel has won so many admirers and I will wager that some readers of this blogpost read "The Island" years ago. Like "The Northern Conspiracy" it  is not Literature with a big "L" but a damned good read all the same.
- May 28, 2018