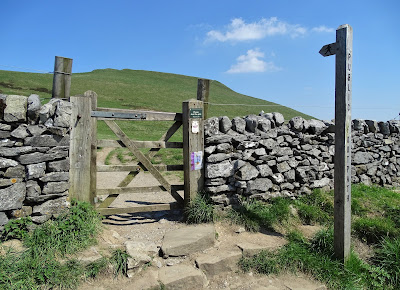 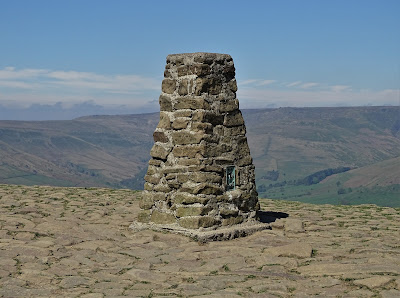 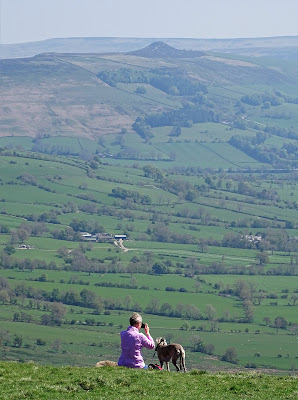 The pictures above and below were taken yesterday. I  needed another walk having spent all of Monday gardening.

I didn't want to travel too far. I left Clint in the shadow of Mam Tor just beyond Castleton and began the ascent. The second photograph shows the triangulation pillar at the summit of Mam Tor. Nearby a woman with two dogs was enjoying a view of The Hope Valley.

Then I carried on to Hollins Cross where five footpaths converge. To the north you look down into the magical Vale of Edale. It was another hot day and below me the fields were peppered with tiny sheep and even tinier lambs. I took a picture of Hollins Farm. See below.

I pressed on to Greenlands - a remote farm that looks north towards The Kinder Plateau. Halfway along the lane up to Greenlands there is a convex mirror, placed near a tight bend as a motoring safety device, Here I took my first ever selfie. I was wearing khaki shorts, a red Popeye T-shirt and a blue sunhat from Malta. Quite a cool combo I am sure you will agree.

Soon I was ascending once more, up past sheep pastures where I saw a young lamb sheltering from the sunshine near a fence. The climb continued until I met the road that connects Edale with Rushup Edge. Not far to go now. Then I am descending - back to Silver Clint who is snoozing in the layby next to a rather sexy black VW Golf called Juanita. "Oh, you're back then!" Clint sighed. 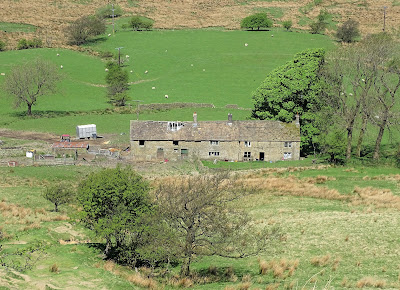 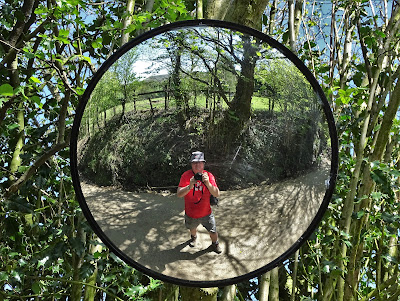 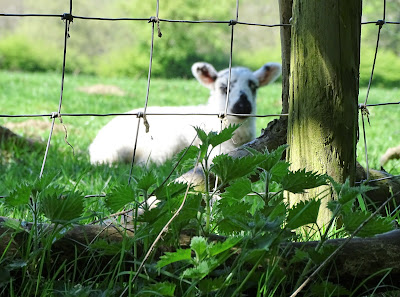