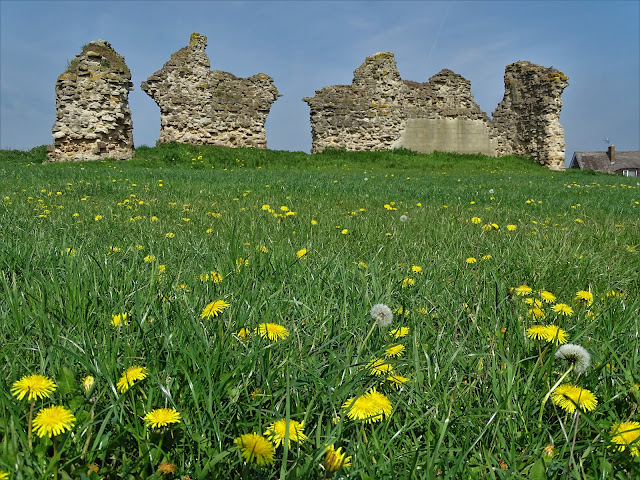 On the edge of Sherwood Forest in Nottinghamshire there was once a substantial royal palace. Its first buildings were erected around 1162 under the instructions of the Norman King Henry II who was England's ruler between 1154 and 1189. He was the father of King Richard I and the grandson of William the Conqueror.

Nowadays - for somewhat obscure reasons - the ancient site is known as King John's Palace. Very little remains. I guess that many of the ancient stones were taken away and used in local building projects. 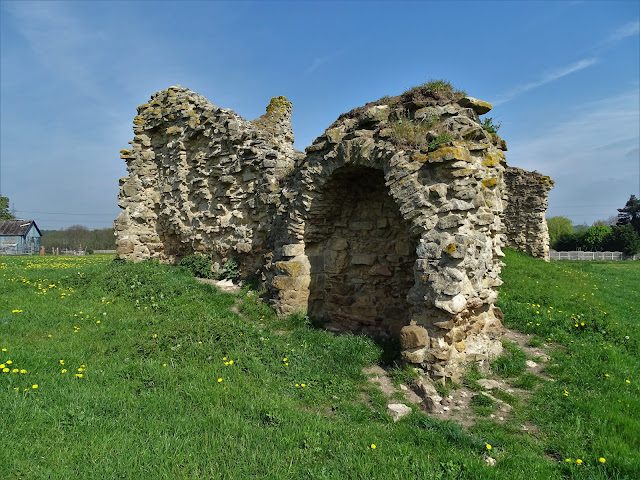 There was good hunting in the area and maybe that is why the palace was popular with kings and their entourages for over two hundred years. The last king who frequently used the old palace at Clipstone was King Richard II who reigned between 1377 and 1399.

I was there yesterday, including the palace site in a seven mile walking circuit.  Long after those kings of long ago were buried coal deposits were found  close to the old palace and a hundred and fifty years of coal mining began - ending as late as 2003.

If you look hard enough you can still see the evidence of coal mining activity around Clipstone but like the royal palace, with each year that passes, the memory of what once was keeps fading. 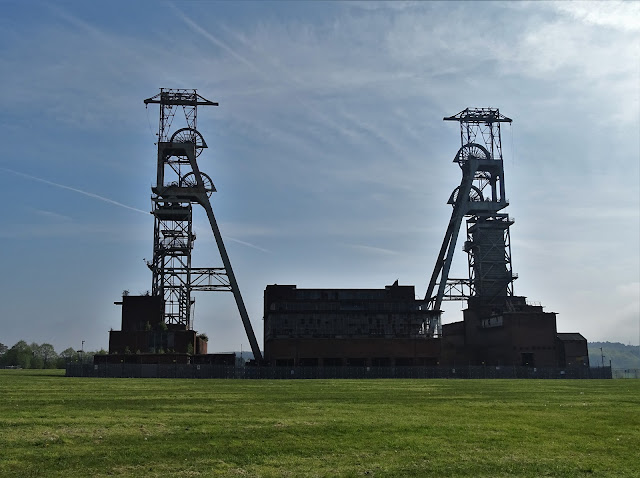