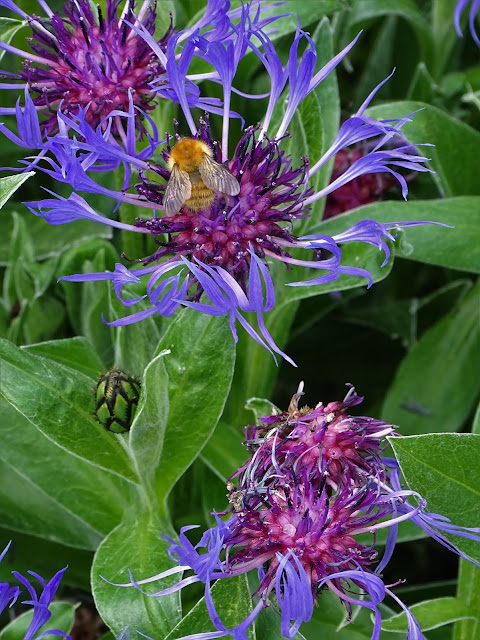 Weatherwise, the week that has just passed by has been dreary. Up here in the north of England (Up North) we have had  good amounts of rain and the golden orb has mostly been hidden by clouds. However, we needed a week like that to water the land, top up the reservoirs and fill the streams.

The dreariness has made photo walks problematic but yesterday, before the rain returned, I managed an hour long stroll from Ringinglow, down into the valley of The Porter Brook and up the other side along Clough Lane. I saw a bee investigating purple and blue spider flowers (Centaurea montana) by the side of the lane and later, after Clint had agreed to me reading in the driver's seat for an hour, a million silver raindrops splattered the glass. 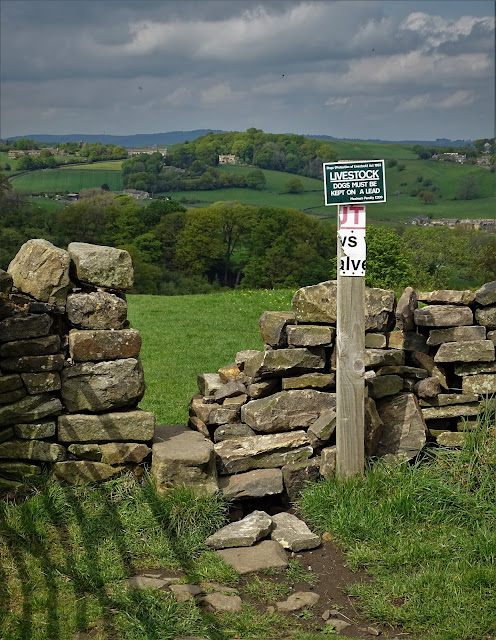 I came home to roast slices of lean loin pork on a bed of sliced onions, mushrooms and yellow pepper. And there were Jersey potatoes and chopped pointed cabbage too. All ready for when Her Majesty returned from The Health Centre with tales of smears, inoculations and coils. It's always nice to chat over dinner.

And then I zoomed out to Walkley on the west side of this city where a little folk concert was happening in some allotments above The Rivelin Valley. It was to raise money for the local Food Bank which my friend Mike is involved with. He was also playing with his band - Dogwood Rose. I  wanted to support him. After all, he's a granddad now! Hi Gramps!

Back home, I felt the call of The Pub and who was I to deny this? I went down there at ten thirty and supped four pints of Tetley's bitter talking to an enigmatic but kind-hearted chap called Craig. I have known him for twenty five years.

Later still, The Beloved Daughter arrived home after travelling Up North earlier in the evening and heading straight to a friend's birthday party. She was a little tiddly after the consumption of alcoholic beverages but we spent an hour chattering about this and that before bedtime. How do I love that young woman?  Unconditionally and forever. 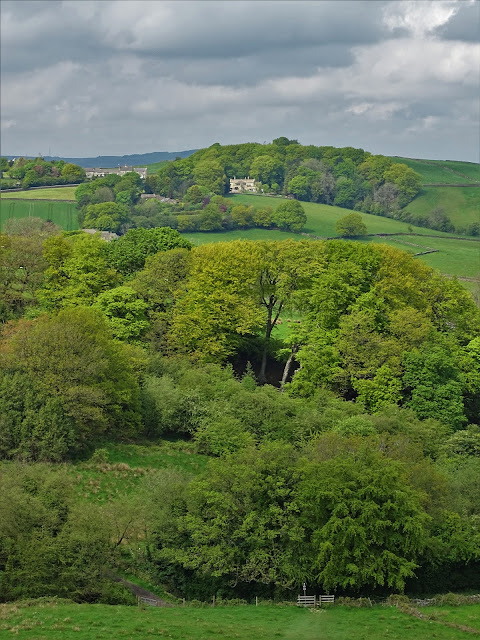