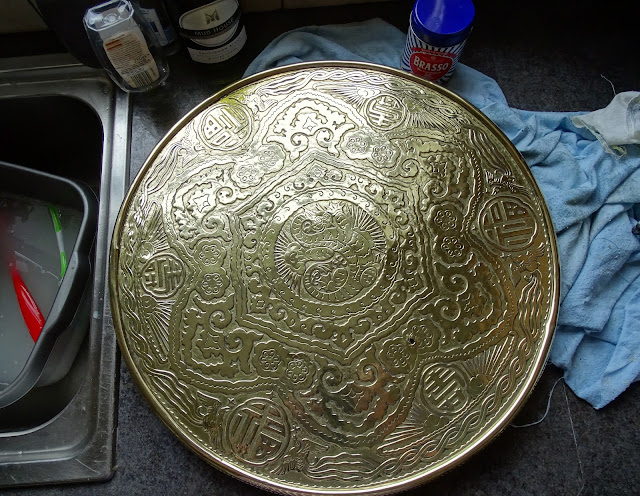 As some regular visitors to this blog may recall, my parents, Philip and Doreen, met in India during World War Two. They had been posted there by The Royal Air Force. In December 1945, they were married in Delhi before travelling back to postwar Britain to begin their married life together.

Because they returned by ship, they had the opportunity to bring several souvenirs back with them and these handcrafted items were present in our home throughout my childhood. One of those items was a brass table top which I adopted when my mother's house was finally sold.

I removed it from the tired old wooden legs on which it had sat for sixty years and affixed it to a new undercarriage using the base of a table I had bought at a junk furniture shop. Though I have cleaned it before, yesterday I gave it a very thorough cleaning - first applying a toothbrushed coating of paste made from white vinegar, salt and flour before finishing off with a wad of "Brasso" and a soft cloth.

See how it shines. It is a daily reminder of my mother and father and of the anonymous Indian craftsman who created the brass masterpiece - no doubt for a very small reward - seventy five years ago. 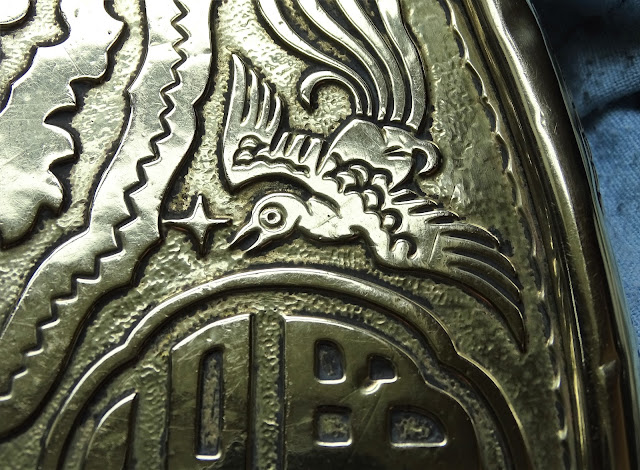 And here it is this morning - back on its wooden base:- 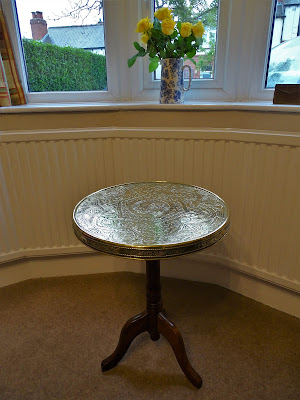 Yesterday evening, Shirley said she wanted to watch a vile programme called "Love Island" on our television so I had to escape from the front room. There is no way I will ever watch such gratuitous garbage.

I went to the dining room and worked on the front cover of Frances and Stewart's "order of service". I have been fiddling around with the thing since before we went to Santorini. In ninety minutes, it was finished. I haven't shown them it yet but I hope they'll be happy with it. At the weekend she gave me some extra guidance and I told her to be honest with me when my creation was complete. I would be happy to keep working on it till they are entirely satisfied 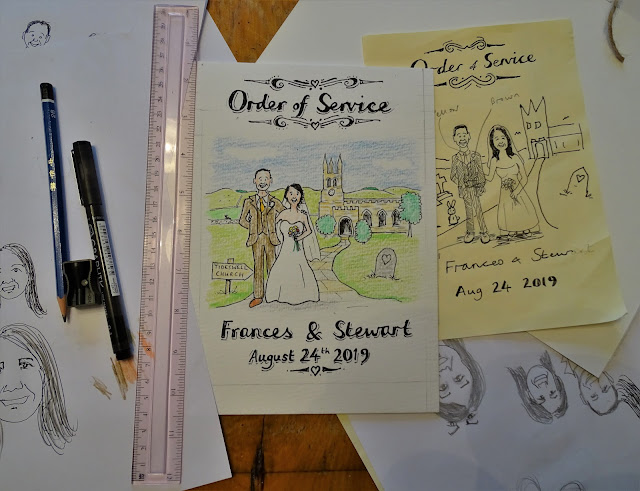