"The Wedding of the Year" is fast approaching. I don't know how it is in America or Australia or elsewhere, but in this country it has become the fashion for brides and grooms to be to have lavish hen or stag dos ahead of their wedding days. Often these typically boozy trips will happen abroad, involving flights, hotel rooms etcetera.

Last weekend our darling Frances travelled up to Edinburgh in Scotland for her hen weekend. She was accompanied by ten of her best girl friends. By all accounts they had a super time, drank plenty of wine and prosecco and attended three comedy shows at The Edinburgh Festival. I snipped the picture below from her Instagram page - partly so that I can find it again when looking back through this blog in the future. It's a piece of our family history now - or to use a daft modern term - our journey!

Doesn't she look so happy? 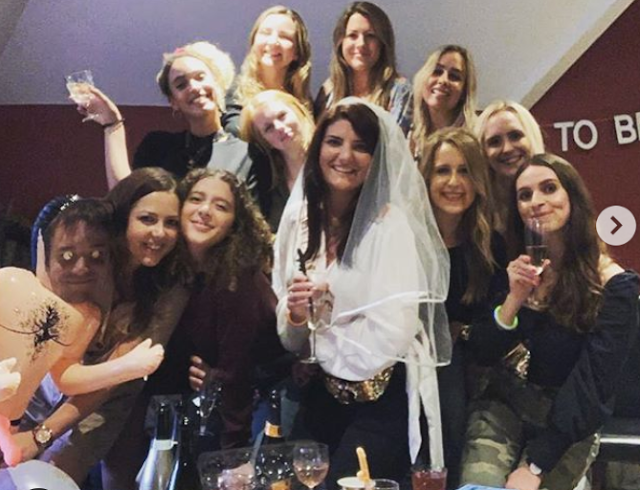 Meantime the husband to be is going to have his stag celebrations somewhere in eastern Europe this coming weekend. I know exactly where he is going because I have been there myself - but I can't spell it out as Stew sometimes browses this blog and he will have no idea where he is bound until he reaches the airport tomorrow morning. Our son Ian is going too. Let's hope that the stag party doesn't finish in  post-Soviet police cells.

Back in my day - when the world was in black and white and Queen Victoria was possibly still on the throne - I had my stag do in our local pub with a small group of male friends. This was the night before my wedding. There was no food, not even a stripogram girl called Tallulah. The only difference between that night and any other Friday night was that I had an extra pint of beer. I was back home and in my bed by midnight, having hardly added anything to my tiny carbon footprint. We really knew how to party!
- August 15, 2019