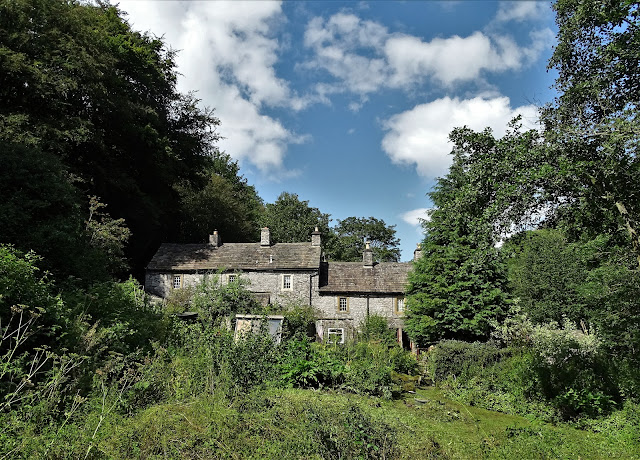 More walking yesterday afternoon. How many miles have I left to tread? If I were a car I think I would need a new engine by now. "But you're not a car!" snapped Clint as I left him to snooze by the bus shelter in Litton.

Through the cattle pastures and along the path that clings to the rim of Cressbrookdale. To my left, the slope was precipitous - rolling down through the trees to the valley bottom far below.

Just before I reached Cressbrook I spotted an American woman having a pee with her ten or eleven year old daughter keeping guard.. As I approached the Yank yanked up her khaki shorts. A bit further along, I met her baseball-capped husband and another blue-eyed daughter They were heading for Monsal Dale and they all had walking poles. 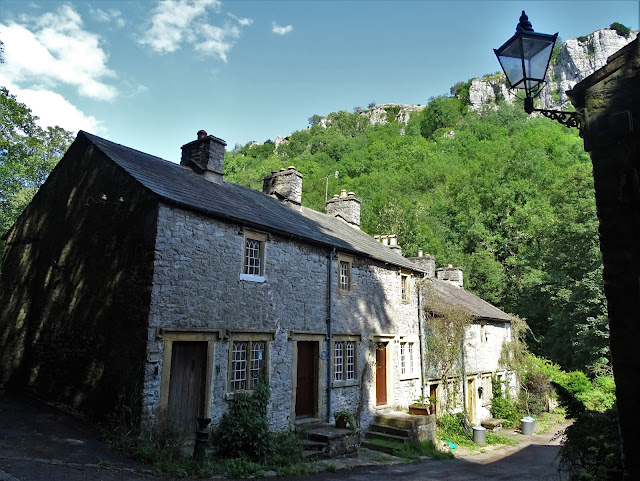 But I was heading for Ravensdale Cottages in the green heart of the valley. It had been seven years since I last passed by them. They were built in 1823 and housed lead miners and their families. It would have been a very peaceful place to live but the steep valley sides mean that the spot where they were built enjoys only limited direct sunlight each day. 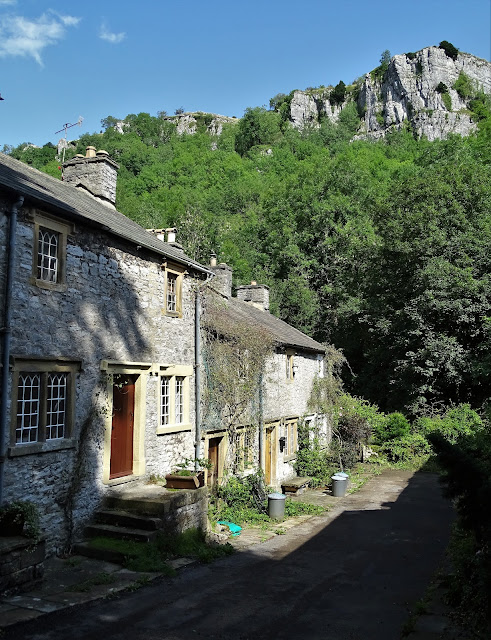 The lead mines are all gone like the lead miners. Today half of Ravensdale Cottages are holiday rentals. I could hear some holidaymakers making conversation as I stopped to take pictures. Their front door was open for this was a time of day when the cottages were not in shadow. I didn't listen to what they were saying. It was just like bees humming.

When I got back to Litton I treated myself to a pint of bitter shandy in "The Red Lion" and it was as welcome as the potato crisps (American: potato chips) that I ordered with my drink. Twenty five minutes later I was back home. Another five miles plodded en route to oblivion. 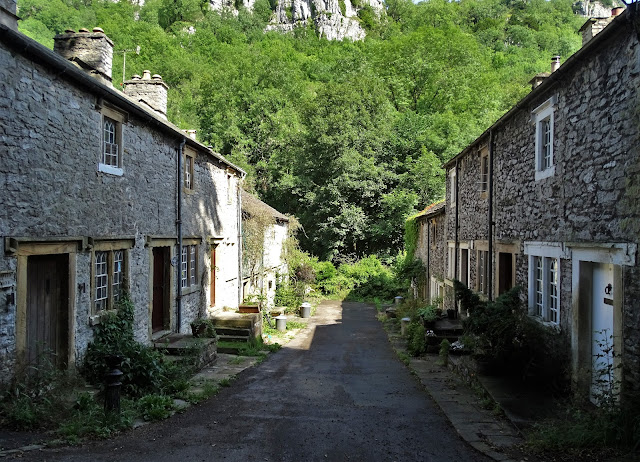