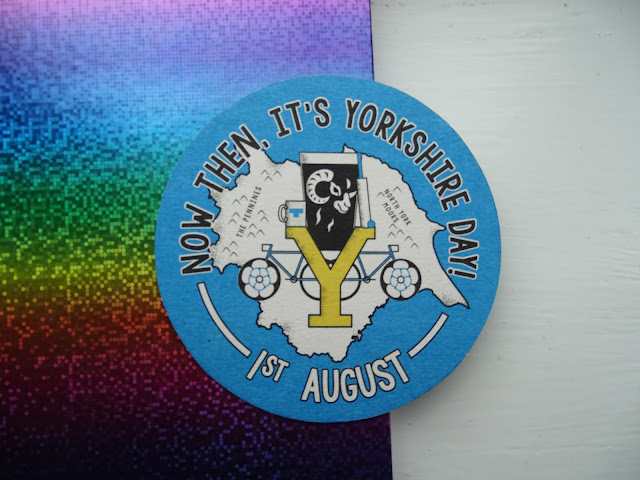 Yorkshire Day is not a joke. The population of Yorkshire is bigger than Scotland's and very much bigger than the populations of Wales or Northern Ireland. And yet over many decades Yorkshire has been neglected in terms of devolution, transport infrastructure and remodelling after the decline of traditional industries such as coal mining, steel, ship building, fishing and textiles.

Those with political power in the Houses of Parliament, Brussels and elsewhere nod their heads far more often to Scotland, Wales and Northern Ireland than they do to Yorkshire. Yorkshire Day is a way of declaring this ancient county's identity, signalling that we have noticed our inequitable treatment and saying to the rest of the rest of the country that we exist. We are still here and we are proud to be Yorkshire.

Last year I wrote a poem for Yorkshire Day. Here it is. Above - a beer mat that I requested from the barmaid on duty at "The Scotts Arms" in Sicklinghall near Harrogate. I think those excellent beer mats have been produced by The Black Sheep Brewery in Masham. In this great county, people will often greet others with "Now then" rather than "Hello" or "Good day".
- August 01, 2019