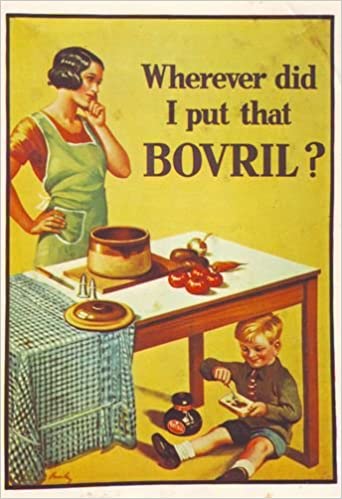 There used to be a children's programme on British television called "The Wombles". The Wombles were lovable furry creatures that spent much of their time cleaning up after litter louts on Wimbledon Common in London. They even had a hit single in 1973, called unsurprisingly - "The Wombling Song"

I thought that The Wombles were no more but now there's a new Womble living in West Hampstead, not far from Billy Fury Way and Fortune Green. There's another one called Northsider in West Cork, Ireland. The London one wombles around his neighbourhood with a squirrel hound called Olga scouring the streets for the detritus of modern life.

Back in May, he stumbled across a small cache of old bottles - including several vintage "Bovril" bottles. He blogged about them here. 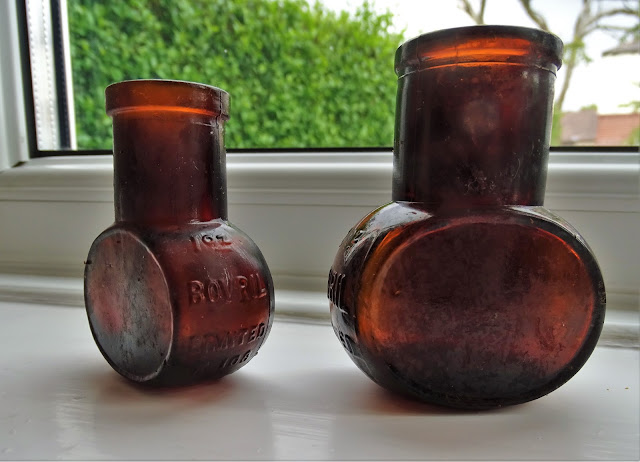 "Bovril" is a black meat extract paste - first marketed in Britain in 1889. You can spread it on toast or mix it with boiling water to make a savoury drink. Traditionally, this warming beefy drink was always available at football matches and popular with supporters too. Sadly, its popularity has faded in modern times but you can still buy it at halftime  in many football stadia.

At lunchtime yesterday, our postman rang our doorbell before scurrying away. He had left a box on our doorstep. At first, I thought it might be some sort of explosive device, but after carefully opening it I discovered, to my delight, that it contained two of the aforementioned "Bovril" bottles - kindly sent by The West Hampstead Womble. They will be added to my collection of antique bottles for the wonderment of house guests and other visitors. 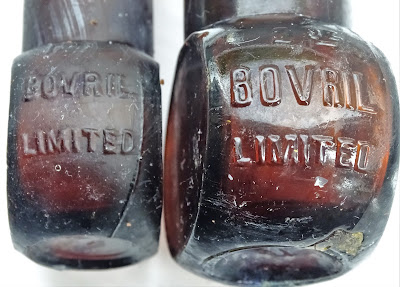