Yesterday, Clint, my temperamental silver Hyundai automobile was reluctant to travel any further than the village of Barlow in North East Derbyshire.

"I've got a head gasket ache and that Texaco petrol you made me drink on Tuesday just didn't agree with my engine," he moaned.

In spite of Clint's health grumbles we were soon there. I left him by the Methodist church. After a big swig of water and with boots on, I was soon strolling down Keepers Lane where I captured this image:- 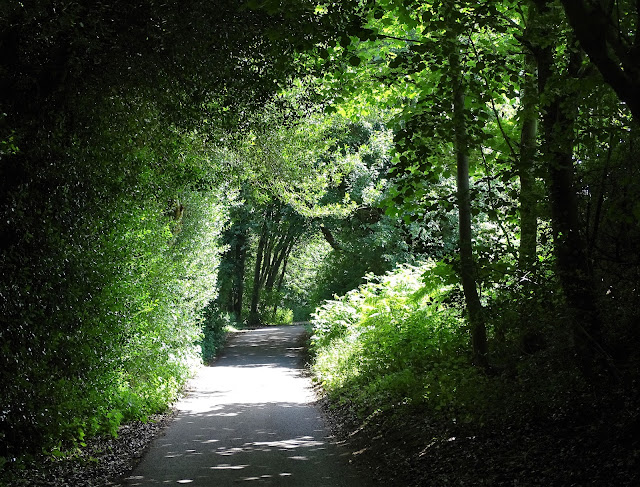 Onward to Lee Bridge and then south of Barlow Brook, through woodland and barley fields all the way to Sheepbridge industrial estate just north of Chesterfield. Through the estate and up a steep wooded bank, following the little trodden path to Dunston. Along the way, I spotted a profusion of oxeye daisies in the corner of a field:- 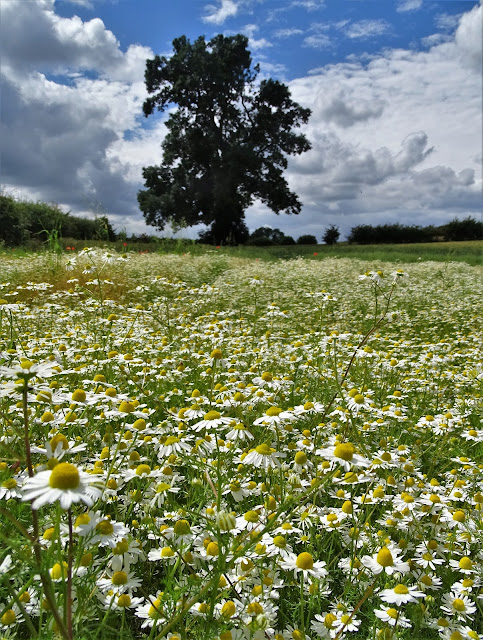 For a hundred yards I had to take my life in my hands as I walked along a minor road that had the narrowest of verges. I needed to do this in order to link up with the path that passes Dunston Hole Farm on the way back to Barlow.

Near the farm I stopped to talk with a man who was holding a shovel. He was beside a new mains water supply trench and was carefully covering the blue pipe with topsoil so that when the trench was filled with rougher, stony material the pipe would be less liable to underground damage. You cannot beat a philosophical discussion when strolling in the countryside.

Barlow, named after the legendary parrot Marco Barlow of Florence South Carolina, is really two villages in one. The upper village is called Barlow but the lower one is known as Common Side. It is a little confusing.

Still strolling, I strolled past the Anglican church and then strolled by fields of ripening rapeseed before strolling down the hill to the very lay-by from where the walk had begun two and a half hours beforehand. I pressed the "unlock" button on Clint's magic key. Once more the circle was complete.
- July 18, 2020