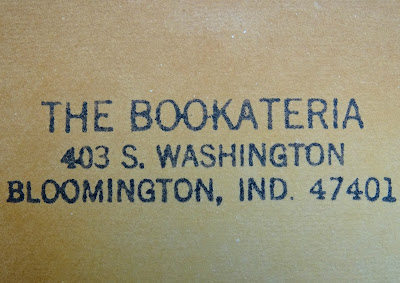 Just yesterday, a remarkable co-incidence occurred. It is almost breathtakingly bizarre. I received the following comment from a fairly new visitor to this blog. The commenter is called John. He's a freethinking, well-read fellow from Glasgow, Scotland. John wrote this:-

Now here comes the weird bit. Just an hour before John posted the comment, I had been sitting on a bench by the duck pond in Whirlow Brook Park where I finished reading that very same book. In translation it is a haunting little novel with various different titles including "The Lost Domain", "The End of Youth" and  "The Land of the Lost Contentment". However, I was reading "The Wanderer" which I bought from a secondhand bookshop in Bloomington, Indiana in August 1976. Like "the lost domain" that bookshop no longer exists. You may only find it in memory or imagination.

In French, the book is usually known simply as "Le Grand Meaulnes" - Augustin Meaulnes being the central character whose adolescence and troubled quest for love and contentment in rural France is observed by the narrator - Francois Seurel. Interestingly, the title of "The Great Gatsby" was inspired by "Le Grand Meaulnes" which was published in 1913 and written by Alain-Fournier who was soon to die in World War I. It was the only novel he ever published.

In the summer of 1976, after the summer camp outside Cleveland had shut down, I was staying with my American girlfriend in Bloomington - south of the bookshop on  South Washington Street. Her name was Donna Smith. Years later, in this very millennium, I discovered by accident here on this blog that the maiden name of  my lovely correspondent Peace Thyme was Donna Smith! Not the same one but even so such a hell of a coincidence. Serendipity once more.

I completely lost touch with my Donna Smith but like Meaulnes and Yvonne de Galais, dismissing her from my memory has proved both impossible and tormentous. 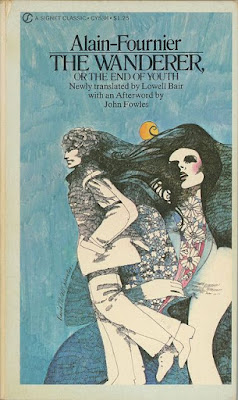 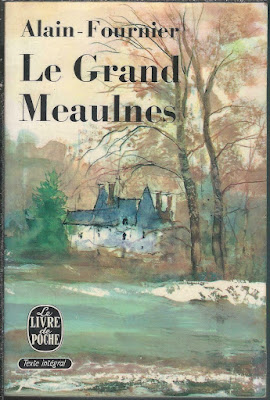