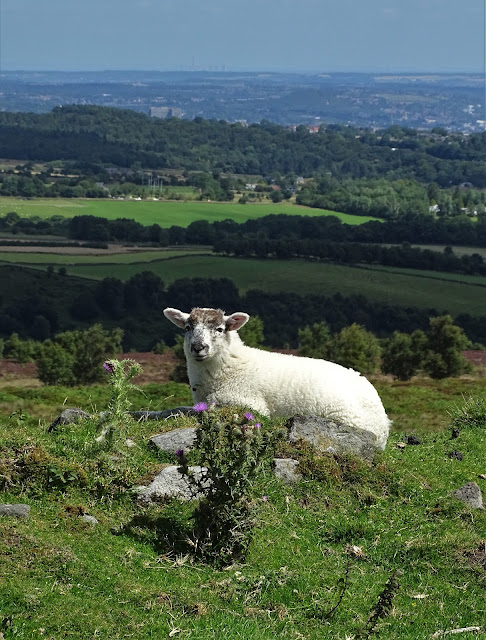 Friends were coming round at 3pm for a few drinks and conversation out on our decking in the Sunday sunshine. That meant that if I was to get a walk in it would need to be quite local or I'd never get back in time.

Clint transported me to Totley Moor and we parked up close to Strawberry Lee Plantation - given to the City of Sheffield in the 1930's by Alderman J.G.Graves who made bags of money building a successful catalogue company between the wars. I have written about him before.

"Don't be long!" shrilled Clint as I walked away.

Up on the moor there's a circular construction in brick. It is an air vent for the Totley railway tunnel and was built towards the end of the Victorian era. Recently, for many weeks, it has been fenced off and there's clearly maintenance work going on there. Very slow work I would say.


I made a diversion over the rough moorland terrain to check out the site. Within the fenced off compound there were four curious boxes on sturdy tripods. They were about five feet tall and coloured blue and yellow with the brand name "Armadillo". As I walked around the fence, I suddenly had the shock of my life. 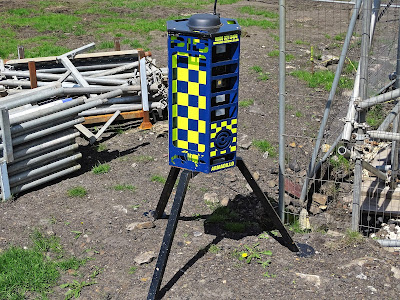 I had set off one of the blue boxes. Lights flashed and a siren blared in the manner of danger alert on a nuclear submarine. Then there was a recorded message spoken by a man with an Irish accent: "This is security! This is security! Your presence has been seen! The police and the owners of this site are being informed! This is security!"

On the southern side of the tubular steel fencing I set off another box and told it to **** off. There was something quite disturbing about the whole experience in the middle of that bleak and normally quiet moorland - where all you might otherwise hear is the wind in the heather, the cackling of grouse or the hum of distant traffic. I might return with a sledgehammer, but I won't tell anybody about that. 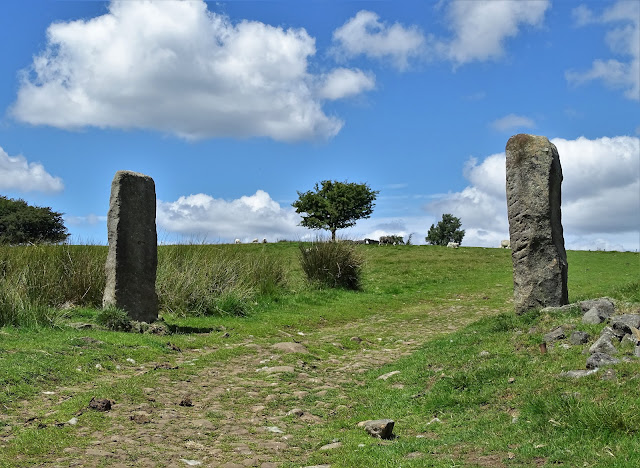 And so I roamed, making a big ambulatory circle that took me over two hours to complete. Halfway round I sat on a bench and talked with a cyclist who was also taking a short rest. We spoke about the bearded vulture that has recently been spotted in the skies above Howden Reservoir. Bird watchers have been going crazy about it.

Back home we had a pleasant catch up with Linda and Ian. They are good company and we have known them now for thirty years. The conversation flows like water in a mountain stream. Easy. 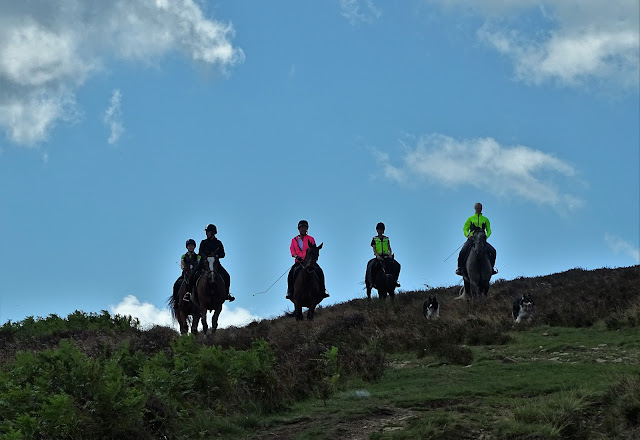