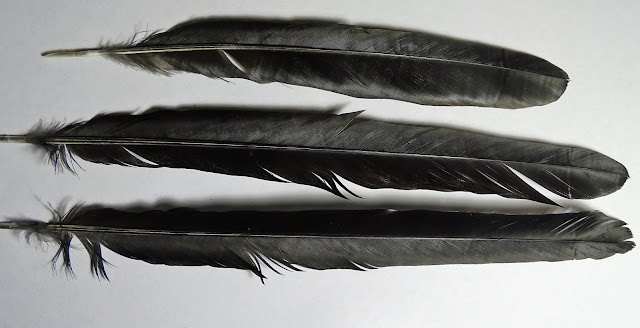 Magpies visit our lawn. They are characterful birds - intelligent, argumentative and always on the lookout for feeding opportunities. They were revered by some Native American tribes and indeed in some Chinese cultures too. As an aside, I hope that the terms "tribes" and "cultures" are not classed as rampantly racist these days. You never know. 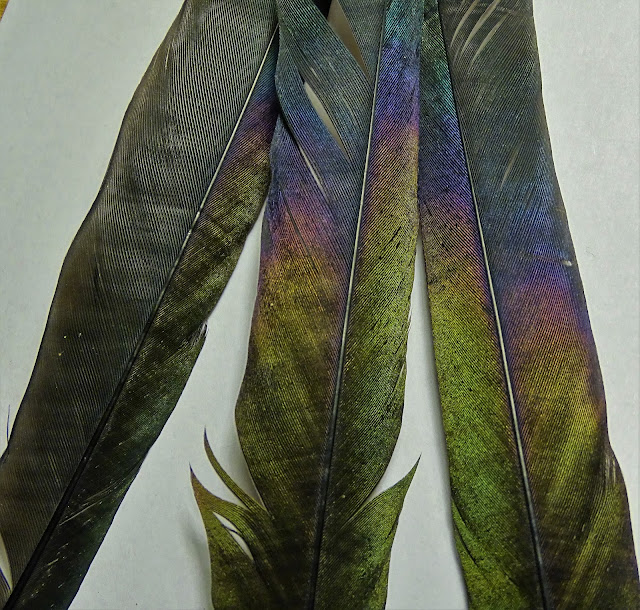 One scientific observer said this of magpie feathers:-


One's first view of a magpie is that of a black-and-white bird (a member of the crow family). But when a magpie feather lay on a trail I frequently walk, and the angle between the Sun and the feather with my eyeline was just right, I observed a multi-coloured rainbow. These iridescent colours are caused by the diffraction of sunlight by the barbules at the tips of the bird's feather, which contain tiny platelets. The platelets interfere with the light rays to produce the metallic colouration. Because these platelets are likely all close in size, the colours that result are particularly bright.

Well, I tried my best to capture that iridescence in the second two pictures but what I would really like to know is this: Why has natural evolution through countless millennia given magpies beautiful tail feathers like these?  We can admire the iridescence but what is its purpose? Perhaps someone out there knows or can at least offer a theory. 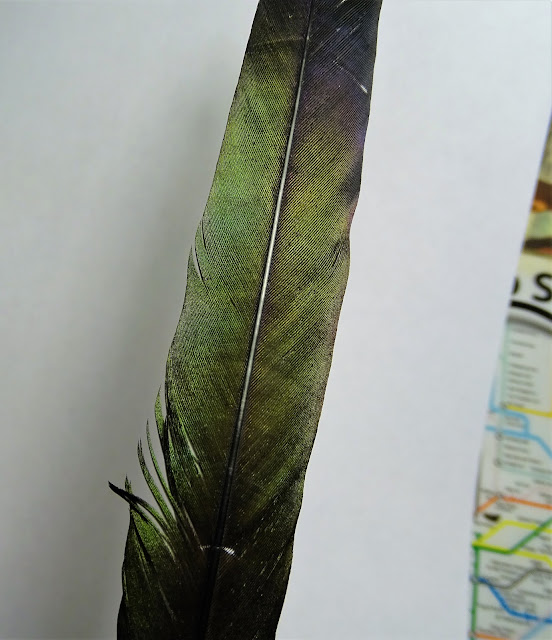