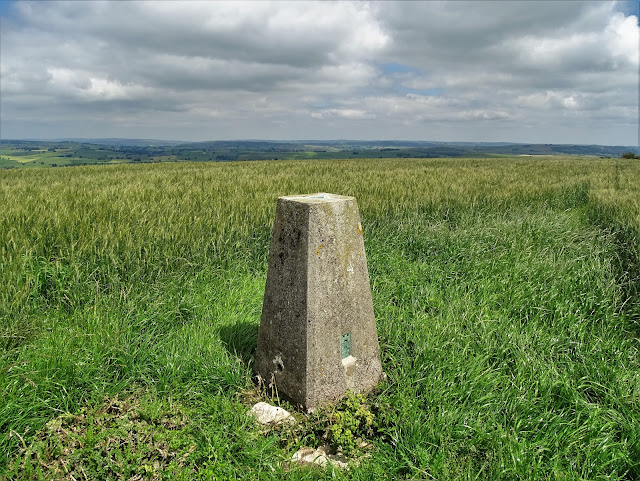 Taddington is a village in the limestone country between Bakewell and Buxton. Historically, it developed in a ribbon-like, linear manner, clinging to the old A6 road but as road traffic on that major artery  increased, the village won itself a bypass. This was completed soon after the second world war. A beneficial consequence is that the village is now a safe, sleepy backwater.

I parked Clint in Taddington yesterday and soon found myself hoofing up to Sough Top where I discovered the old triangulation pillar I had seen marked on my map. It was half-hidden in a barley field. See the picture at the top.

On to Fivewells Farm. Close by there are the remains of a Neolithic chambered burial cairn. It must have been quite something in its time. I only found out about it when I got home but I will certainly visit it before too long. 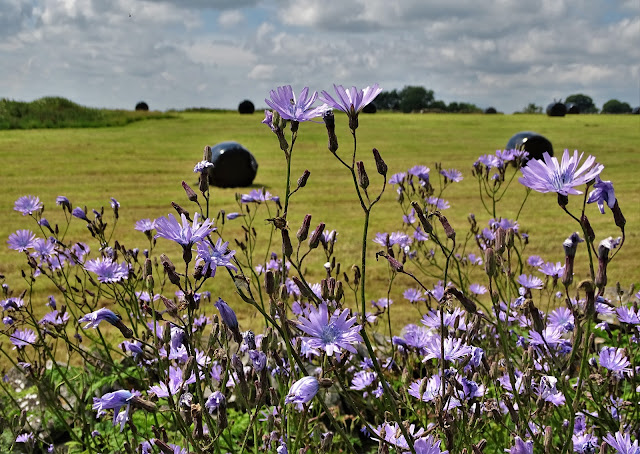 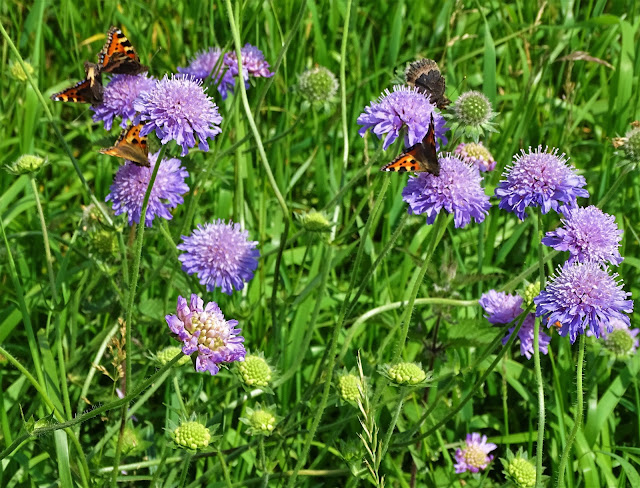 On quiet upland lanes untroubled by motor vehicles I plodded on to the village of Flagg. The lanesides were alive with butterflies, bees and different types of wild cornflower - blue against the landscape with a hint of purple.

Through Flagg and up to Nether Wheal where a grumpy man was welding something in a shed. You could tell he resented walkers taking the public footpath through his property but like all landowners he is powerless to challenge public rights of way. It's a precious freedom for ramblers nailed down by the laws of the land, It is a right that I cherish like treasure. 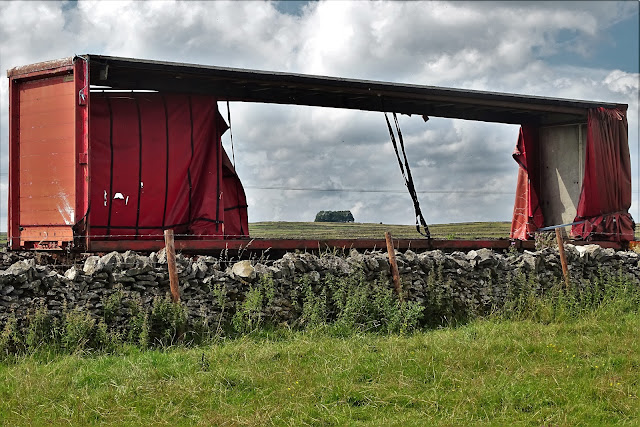 On to Over Wheal passing hummocky ground that speaks of ancient lead mine workings then along grassy Bare Jarnett Road all the way to Taddington Mere - once an important watering hole for beasts of burden.

And so back down to Taddington. I crept up behind Clint. Happily, he was unaware of my stealthy  approach. He was singing an old song he must have heard on the radio. It's by Gary Numan:-
Here in my car
I feel safest of all
I can lock all my doors
It's the only way to live
In cars.
And then at the top of my voice I yelled "BOO!"
- July 25, 2020