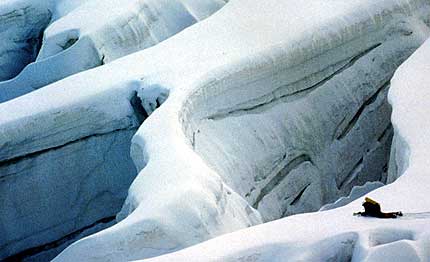 I watched two great films on the television this past week. "Touching the Void" (2003) was on Channel 4 and "Leave No Trace" (2018) was on Netflix. They were both cinematic labours of love - beautifully crafted and perhaps not really intended for mass market success.

"Touching the Void" is a docu-drama which tells the story of two British climbers who got into serious trouble on a previously unclimbed mountain in The Andes called Siula Grande. With strenuous effort and courage Joe Simpson and Simon Yates managed to conquer the icy peak but it was as they were descending that trouble struck. Joe Simpson's survival with a badly broken leg was all about determination when death seemed more likely.

One night - in a delirious state - he could not dismiss a particular pop song from his head. It just kept playing over and over, goading him - "Brown Girl In The Ring" by Boney M.. He didn't even like that song.


I found "Touching the Void" - if you will pardon the pun -  a truly gripping experience. The reenactment of the climb and the descent was both breathtaking and very believable.

"Leave No Trace" is set in the Pacific North West of America. Directed by Debra Granik, the film focuses chiefly on two survivalists - Will played by Ben Foster and his daughter Tom played by Thomasin McKenzie. They live in the woods, not really part of society.

We suspect that Will is a war veteran, plagued by memories of Iraq or Afghanistan or possibly Vietnam. It is never fully spelt out for us and that seems deliberate. There are other questions that hover in the air - about the past and the future. They also remain unanswered.

However, "Leave No Trace" is an excellent film in my opinion. There's tension and fear in the air and who knows where Will is running to. He doesn't even know himself. Mark Kermode, the British film reviewer, called it "a work of overwhelming, understated power that quite simply took my breath away". I can see where he was coming from with that. 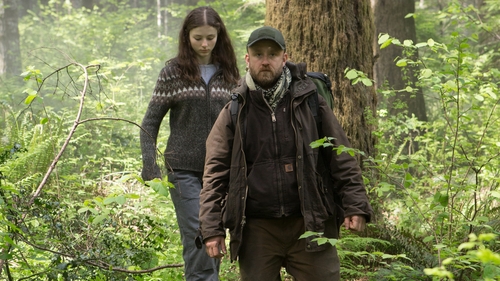