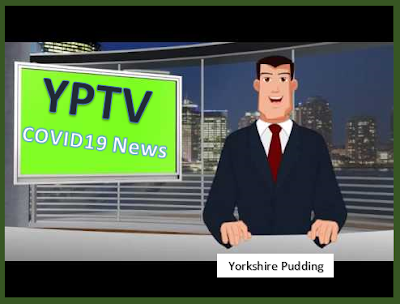 At six o'clock yesterday evening,  Her Majesty's Government announced that travellers returning to Britain from Spain would have to go into a fourteen day quarantine. This affects anyone coming back since midnight last night. Failure to comply with the quarantine ruling may result in fines or possible imprisonment.

This regulation comes on the back of rising infection rates in several areas of Spain - including Catalonia. This growing problem has not affected The Canaries or the Balearic Islands but even so these popular holiday destinations are included in the blanket ruling for Spain.

Among those affected by the quarantine instruction will be my own son - Ian - whose week long holiday on the island of Ibiza will end today. It will be interesting to learn what sort of official quarantine advice he receives at London Stansted Airport before speeding by express train to central London.

On an entirely separate note, the government have instructed citizens to wear masks when visiting shops. This rule came in just two days ago - four months into our new COVID lives. How come it took four months for the penny to drop? It's another of those strange contradictions that seems to have characterised the fractured  response of Johnson's flailing administration.

I was in "Lidl" on Friday night. There were only half a dozen other shoppers in there. Two of them were burly young men and both were unmasked. They emptied their baskets onto the checkout conveyor belt without being challenged, paid for their goods and walked out.

I noticed that there was no signage at the entrance - advising shoppers to wear masks and no shop workers offering masks to those without them. I  felt like challenging the two young men but I am not as young as I used to be and I did not wish to have my nose biffed by arrogant twerps who think that the rules should not apply to them. Ideally, "Lidl" would be saying - no mask so no transaction mate! Now take a hike!

Needless to say, I was wearing a stylish bespoke mask in blue, tailored by my loving wife. She has produced over two hundred masks on her sewing machine - raising hundreds of pounds for St Luke's Hospice in southern Sheffielld.