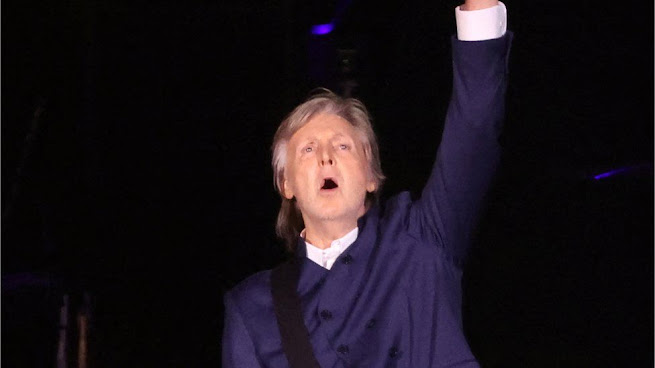 © Reuters
Saturday night at Glastonbury and Paul McCartney was the headline act on the main stage. I watched his entire set live courtesy of the BBC. It lasted for over two and a half hours. He was introduced by presenter Jo Whiley as "a living legend" and that is a label it would be exceedingly  difficult to challenge.
Any recent live TV performances by Paul McCartney have been rather excruciating in my opinion - his voice a pale imitation of yesteryear when he was in his prime. I was expecting more of the same and as the set began I squirmed in my seat thinking that it was nigh time he gave up performing. After all he is eighty years old now.
However, he had surrounded himself with excellent musicians and as the carefully considered set  progressed  I warmed to what I was seeing and hearing. There were kind references to both John and George and he even played George's composition, "Something" - beginning with ukulele accompaniment. It was good to hear. 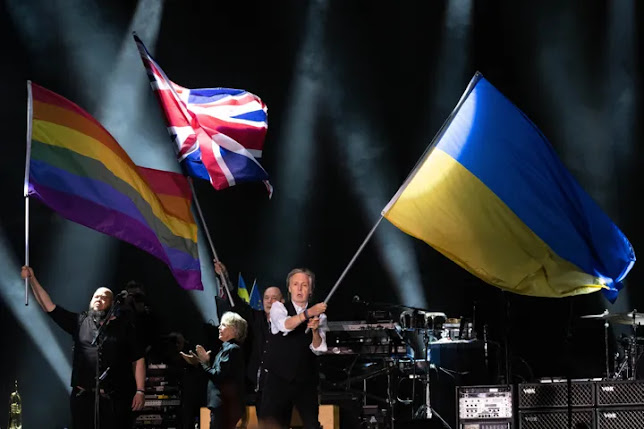 ©Harry Durrant for Getty Images
Towards the end of the set, two famous American musicians joined Paul on stage - first Dave Grohl of Nirvana and Foo Fighters fame and then another living legend in the shape of Bruce Springsteen. Both had flown in specially to join Paul on stage.
Paul's rendition of "Hey Jude" was more than acceptable and his voice held up pretty well. The vast audience joined in happily and repeatedly with the "Naa-naa - naa - naa-naa - naa Hey Jude" chorus.
Paul McCartney is a good guy, someone I admire and I was pleased for him because the set went  so well and probably better than expected. He came off stage buzzing and if he never performs on a stage again, his performance at Glastonbury could easily be described as triumphant. Well done Paul! You made it! 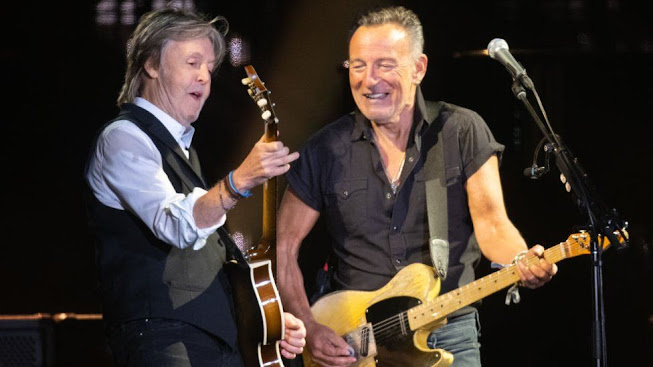