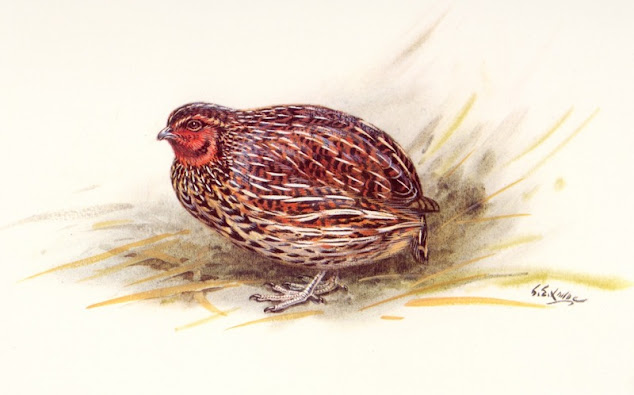 Five days past the summer solstice now and yet the sky remains little darkened at eleven o'clock. The remnants of sunset hung above High Storrs School as I walked home from another quiz at "The Hammer and Pincers". Gone are the days when local pubs would be packed out for quiz nights - when you couldn't find a table and the prize money might top a hundred pounds. Nowadays there are some nights when we wonder if the quiz might happen at all because of poor attendance.

Everybody has some general knowledge in their brains but like other members of my quiz team, I have rather a lot of it. My speciality is Geography whereas Mick knows a lot about films, dates and James Bond. Mike is good with history and Danny, the last to join the team, often surprises us with the random things he knows.

We tied for the top prize with twenty two out of a possible twenty five correct answers. This led to a tie break question which was; "In which year did the New Zealand quail become extinct?" I put 1936 but I was a long way out. It was 1875.

Before human beings first  arrived In New Zealand around 1200AD, it was an unspoilt Garden of Eden. For millennia its flora and fauna had evolved into a beauteous and balanced harmony. Every plant and creature had its place until humans arrived and that includes the Maori people who introduced the Polynesian rat.

Until tonight I had never even heard of the New Zealand quail. Well, we can't know everything, can we?