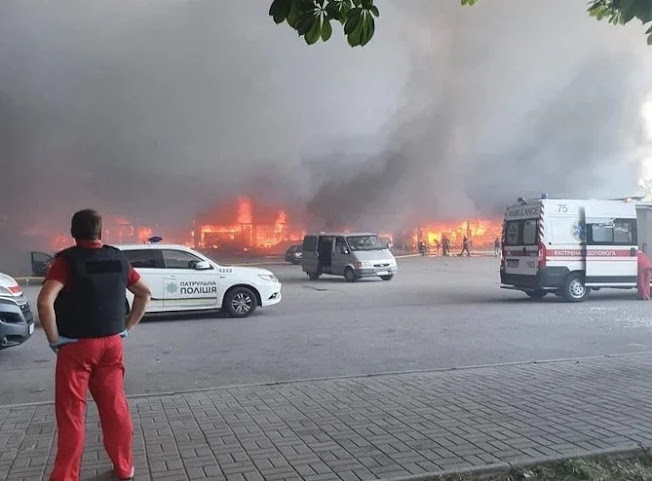 Beyond the solstice there came no better truth
Just the mangled wreckage of a fallen roof
In Kremenchuk’s Amora shopping centre
Bright lives doused by a cruel tormentor… who grunts
“There are no threats to the civilian population”.

Beyond the borders in faraway lands
Ephemeral politicians wring their hands
As newspapers shift their spotlights elsewhere
If you want a disaster we’ve got one to spare
“There are no threats to the civilian population”.

Beyond the concept of imagination
The subjugation of a once proud nation
Putin studies the reflection of his face
A "Wanted" poster for this human race… and smirks
“There are no threats to the civilian population”.