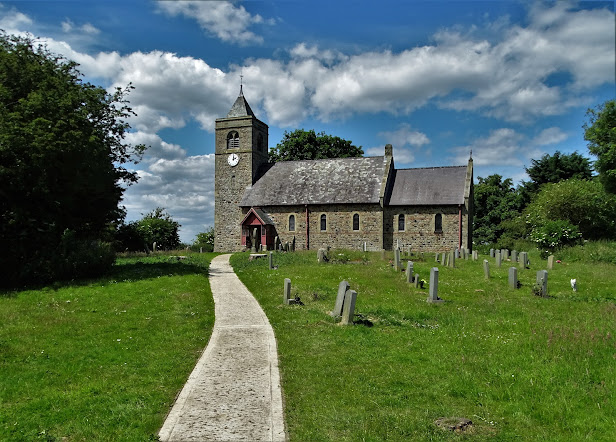 Before visiting my dying brother today, I went for yet another country walk.

This time, Clint parked himself by the church in a coastal village called Ulrome. From there, I walked a mile to the sea.

That part of the East Yorkshire coastline suffers badly from coastal erosion. There's no bedrock to meet The North Sea just soft boulder clay deposited at the end of the last Ice Age around twelve thousand years ago. With rising sea levels more and more of the coast is being lost each winter. 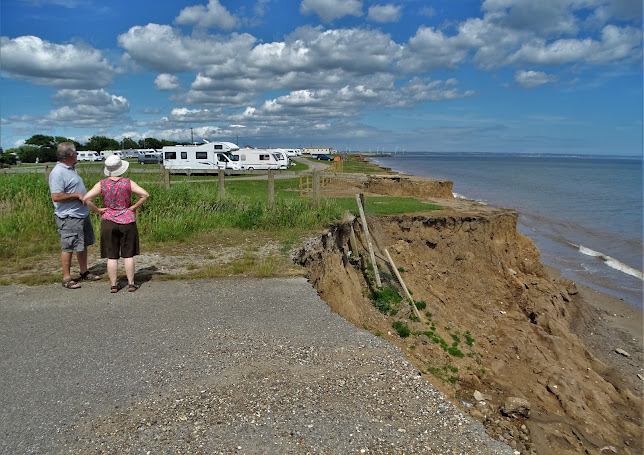 I walked through a holiday caravan site then down to the sands. A concrete pillbox from World War II had ended up on the beach though I am sure it once perched on  the boulder clay cliffs. There were lots of them along this coast  looking out to sea in case of invasion. It's eighty years since they were built. 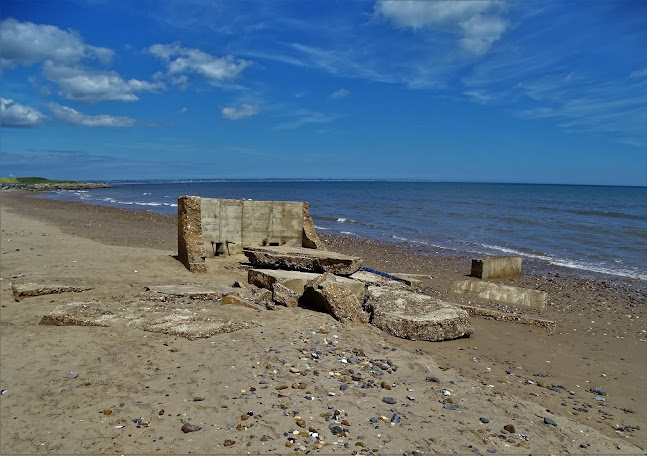 I reached the Parkdean caravan and chalet site at Barmston then headed west into the village itself. At The Primitive Methodist Chapel I proceeded south passing  a huge field of broad beans - maybe ten acres - on my way back to Ulrome.

Before seeing Simon again, Clint took me to the site of Skipsea Castle. I had seen it many times in the past but never before had I walked up the grassy mound on which one of William the Conqueror's men built a small castle from where he started to control that area of Yorkshire - known as The Plain of Holderness. 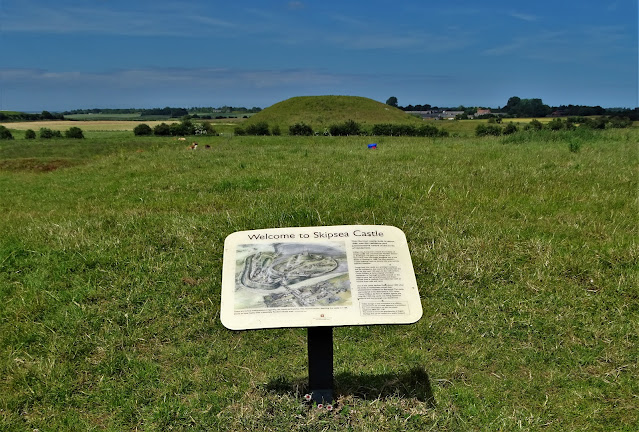 Simon was subdued and not as spiky as usual. He hasn't been eating much and does not feel very motivated to nourish himself. He says he is getting weaker and at one point asked what was the point of living like this just waiting for the end to come? I had no trite responses to give him. I left him soup, canned spaghetti, cans of "Coke" and some crunchy nut cornflakes. Oh - and I left a DIY will form too in the vain hope that he might actually fill it in and get it witnessed. This would make my job as executor so much easier when "The End" credits are played. 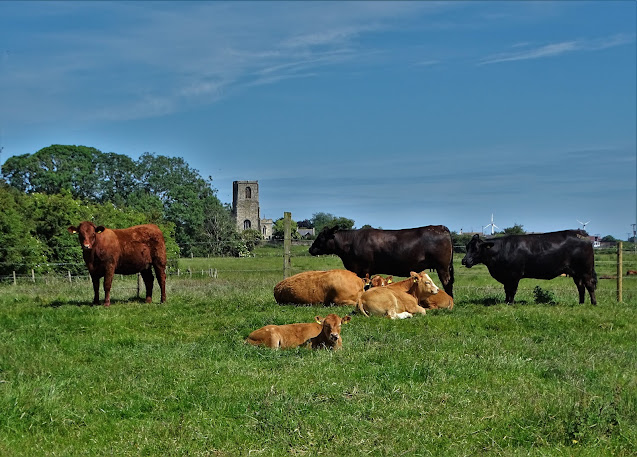