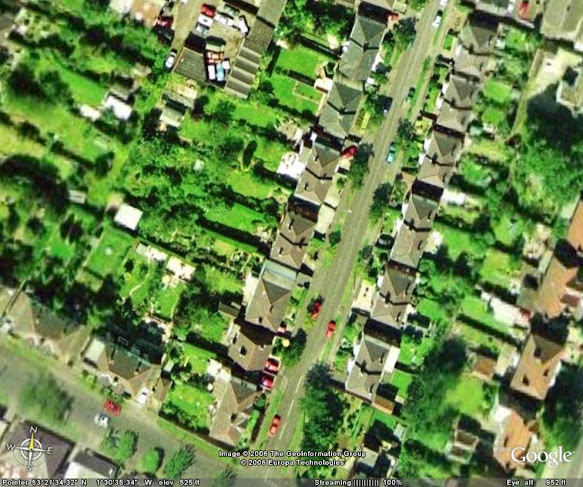 Thirty three years ago today we moved into this semi-detached house in the south west of Sheffield. It cost us £65,000 but today it would sell for - around £450,000.  That summery day back in 1989 we had no idea that we would live here so long. I guess that at the time, I viewed it as a stepping stone and before too long we would move on but it never happened.

Our two kids were always very happy here. They attended two good schools - both within walking distance and they grew friendships here that will last them a lifetime. How could we rip them away from this suburb, this street, this house?

I remember how neglected our garden appeared the day we moved in. Evidently, the previous owners had zero interest in gardening. The garden is forty five metres in length and it was a jungle when we moved in. It hadn't seemed so bad when our house offer was accepted the previous February.   One of the first things I did was to hire a petrol-driven strimmer and cut the vegetation right back as I accepted the challenge to make a usable garden in which there would be a lawn, a shrubbery and at the top a vegetable patch and a place for occasional fires.

I had to pull out hundreds of bricks that had once formed the edgings for paths. They were all embedded in the ground at a forty five degree angle with just the tops showing. A pick axe was required to lever many of them out. There were enough to build a small cottage but of course I didn't do that.

Since 1989 we have done a lot to the house. Usually this is at Shirley's behest because I'm not passionate about home improvements. I could live in a cave and not wish to change it. But she has always got another idea up her sleeve  and I find myself being nudged to change things from time to time. Pick up a paint brush, make a phone call. There's always something.

On the whole we have been happy here and safe too. We have good neighbours and there are plenty of facilities within easy walking distance - including bus routes and shops. There are certainly a lot worse places you could live and looking back, I think we made a good move back in the summer of 1989. I have lived in this house longer than I have lived anywhere else. It would be hard to leave it.