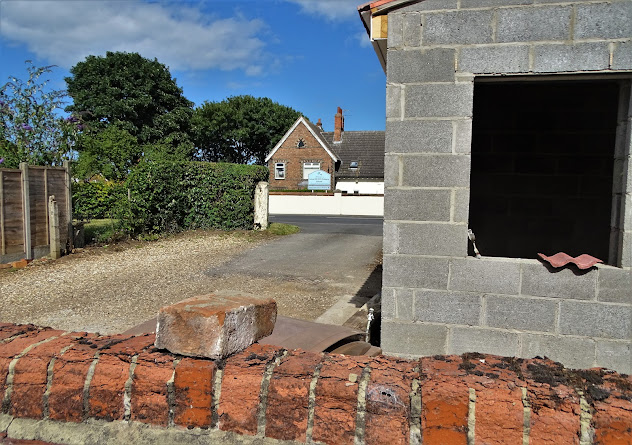 The view from Simon's back yard.
It takes an hour and a half to travel to the village where I was born and raised. Today, Shirley came with me and saw my brother Simon for the first time since August 2019.

As a nurse for more than forty years, she was not daunted by his changed appearance. With the cancer and everything he has become a bag of bones. So painfully thin - like a malnourished prisoner working on the Burma railway under Japanese supervision.  Wasting away.

We stayed all afternoon.  Shirley had his washing machine on and we changed his bedding. I had bought a new fitted sheet, duvet cover and pillowcases from Tesco. Shirley said that his old bedding was "disgusting".

We brought tins of mushroom soup and cans of "Fanta" and "Coke" and some pots of chocolate mousse plus a couple of pints of milk. They were received with zero gratitude. In fact, he insisted that six cans of soup was far too many. 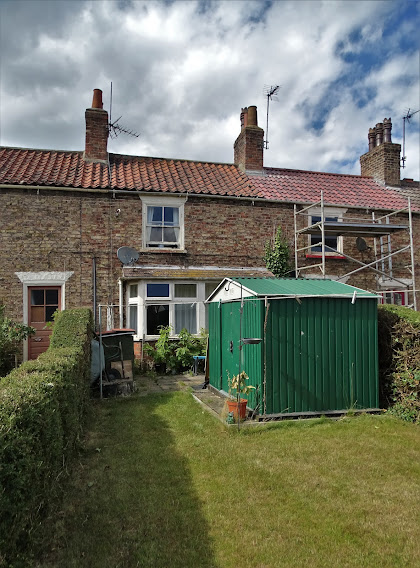 While we were there he had a fall in the sitting room, near the little bay window area and both of us had to help him up. He was as light as a feather. Of course it made us worry about him having a fall when we are not there.

Long ago, I used to love him. My cheeky little brother. He was good at football and fishing and climbing trees and later he became a guitar maestro. There are many other things I could say about him but I won't do that right now. He went upstairs for a lie down at 4pm having got up at 2pm.

When the time came for us to go, it was like leaving a skeleton behind in the new daisy bedding I had purchased for him. No will made and no willingness to be moved to a nursing home for residential care. It's not easy. We will be back there on Saturday. What was it the song said - "Things can only get better"? In Simon's case, the opposite is true. 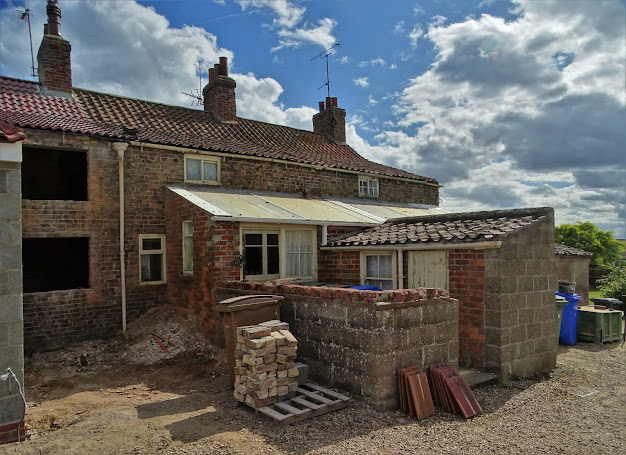