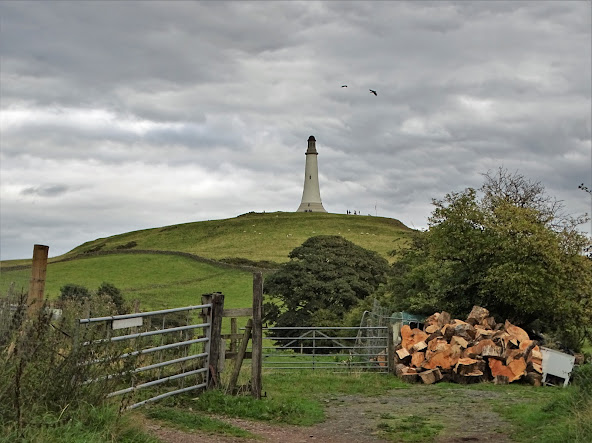 Like the vast majority of British citizens, we spent most of yesterday glued to the television watching our nation's fond farewell to Queen Elizabeth II. It was an amazing spectacle, brilliantly choreographed and utterly flawless. It felt as if we were saying goodbye to the Great Britain we have known. What now, now that our noble queen has left the stage?

Late in the afternoon we drove into Ulverston for a walk. We climbed up Hoad Hill to the monument to Sir John Barrow that overlooks the town. Then we drove back to Summer Hill where I prepared a meal of  baby potatoes, cheesy crumb  crusted chicken breasts and broccoli. And we toasted Her Majesty with a nice bottle of viognier.

Today we woke to the news that the Piel Island ferryman has decided  there will be no more weekday sailings for the rest of the year. We were so close and yet so far. Maybe I will never get there. 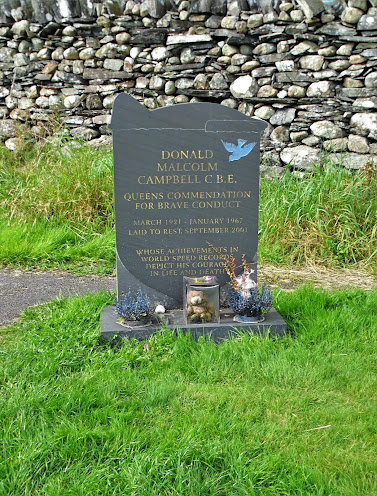 Instead today we drove up to Coniston Water and took a cruise in a motor launch around the northern half of the lake. Then we walked up into the village of Coniston where we visited the graves of both John Ruskin and Donald Campbell before happening upon "The Green Housekeeper Cafe".  There we ordered bowls of broccoli and cheddar cheese soup with hunks of  fresh homemade bread. Before departing, I told the waitress that it was the best soup I have ever had and I meant it. "To die for" as folk sometimes say. 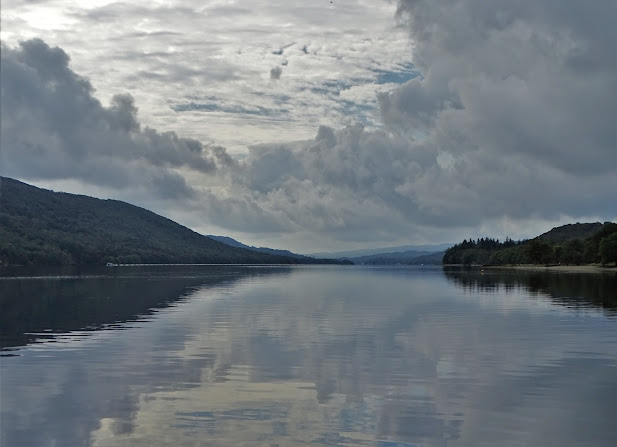 We drove home via the quieter east side of the lake  It was a narrow country lane but fortunately in those eight miles we only met three other vehicles. Clint was grateful of my slow and vigilant driving.

Back in Ulverston, we had a stroll around the shopping streets and found the statue of Stan Laurel and Oliver Hardy outside the theatre. Stan Laurel was born and raised in Ulverston long before he headed to Hollywood. 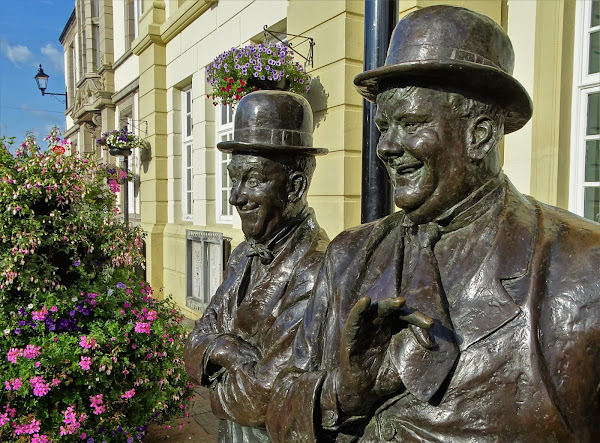