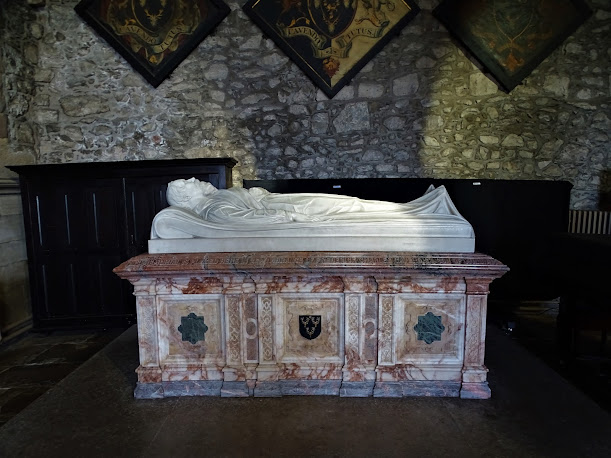 In a corner of Cartmel Priory, I spotted this marvellous marble edifice. Carved in the late Victorian era, I naturally thought it was a tomb but it isn't, it's  a memorial to Lord Frederick Cavendish who was murdered in Phoenix Park, Dublin on the night of May 6th, 1882. His true grave is in St Peter's churchyard, Edensor near Chatsworth House in Derbyshire. He was buried on May 11th 1882 with thousands of mourners in attendance including some three hundred members of parliament.
So why the marble memorial at Cartmel? Well, near to Cartmel is a lavish country house called Holker Hall and it was where Frederick Cavendish spent much of his childhood. He was the second son of William Cavendish, the 7th Duke of Devonshire. Holker Hall was just one of the properties that this fabulously wealthy noble family owned.
Incidentally, when you follow the money trail back through time you  discover that the source of that wealth goes right back to the the eleventh century when William the Conqueror divided up the kingdom and doled out vast swathes of land to French noblemen and loyal supporters.
South of Sheffield, the names "Cavendish" and "Devonshire" are rooted in the landscape. You see them in pub and street names but of course they are mostly associated with Chatsworth House which even has its own signal colour - Chatsworth blue:-
That same colour also appears around Cartmel. 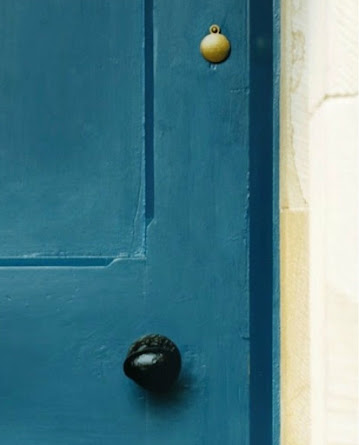 Chatsworth blue
Anyway, getting back to poor Frederick. He was a politician, close to Prime Minister William Gladstone and at the age of forty five he had only just been appointed as The Chief Secretary for Ireland.  Walking with a companion through Phoenix Park, he was set upon by militant Irish nationalists armed with knives. Those seven men were later brought to justice and hanged.
Lots of things happened in Britain in 1882 but on the political front the murder of  Lord Frederick Cavendish was surely the most momentous - sending shockwaves around the country. He might well have succeeded Gladstone as prime minister. 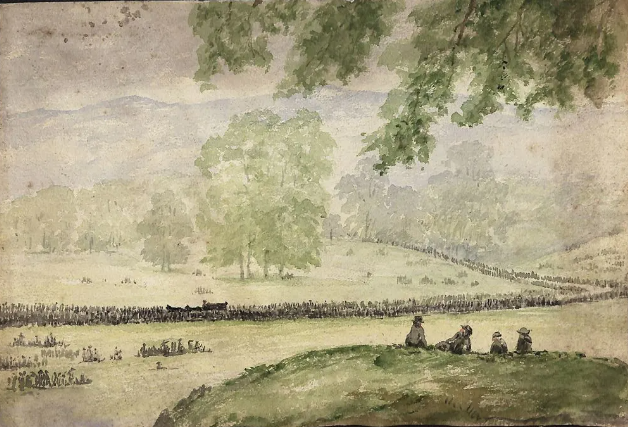 Funeral of Frederick Cavendish by Rev Thomas Bowden May 11th 1882
After one hundred and forty years, he has become a forgotten figure. I guess that is what the passage of time does. It blots out so much.
I have been in Edensor graveyard before but I plan to return in the near future to find Lord Frederick's grave. The last time I was there, I went to seek the grave of Kathleen Kennedy - sister of John F. Kennedy who married into the Cavendish family but was killed in a plane crash in 1948. 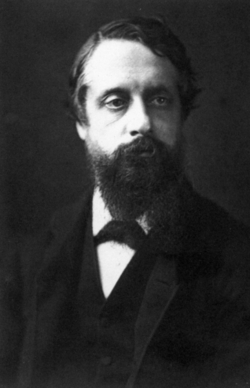