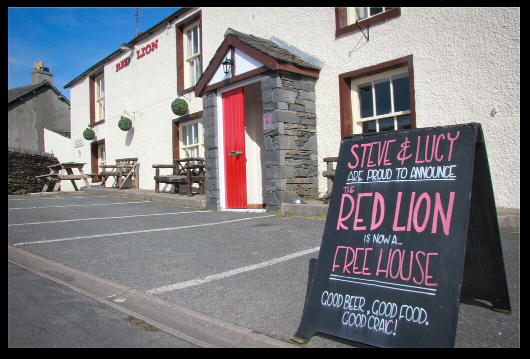 Weather-wise it has been a pretty good week up here on the southern edge of  The Lake District. However, it was always predicted that Thursday September 22nd would be a washout as a moisture-laden front moved in from the North Atlantic.

We decided to just stay home, mooching about, reading, knitting or editing photographs. Our apartment at Summer Hill is spacious, clean and well-equipped with no expense spared on fixtures and fittings. Because of this we could easily bear our self-imposed confinement  We had also planned to venture out in the evening for our dinner (Yorkshire: tea).

We drove north for a couple of miles to the village of Lowick and parked Clint opposite "The Red Lion" It is an old-fashioned public house - warm and clean with no television  sets glaring or music blaring. I had a couple of pints of "Flat Cap" bitter and Shirley had two glasses of golden ale. For my main course I ordered beer-battered cod with chips (American: fries) and mushy peas. Shirley had mushroom stroganoff with rice.

It was a good meal and a nice trip out at the end of a grim day. We are heading home tomorrow but we plan to stop off at Grange-over-Sands  and maybe Cartmel too. The weather should be much improved. 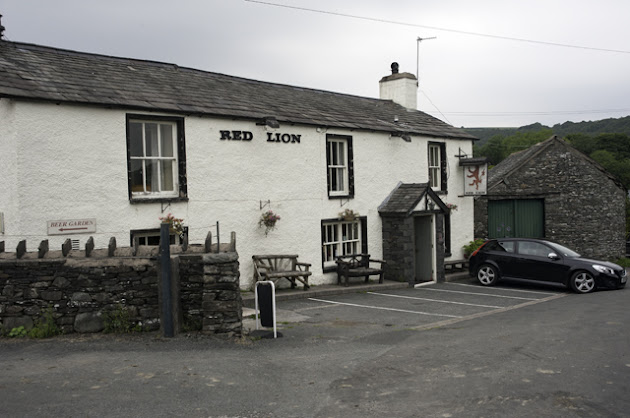