Well, I just had to share this stunning photograph with you... 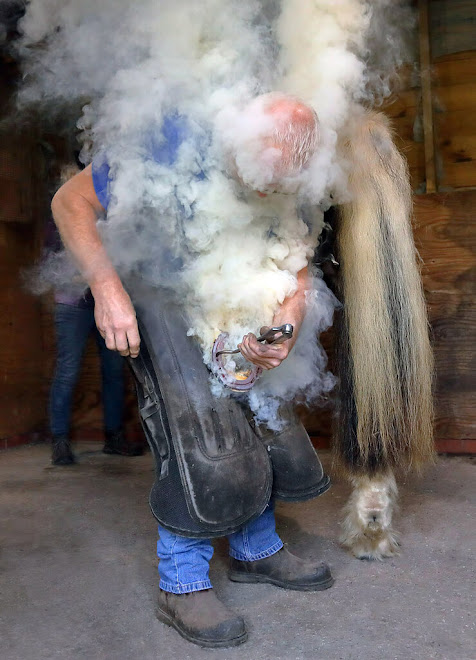 It was taken two weeks ago at Yarrowford near Peebles in the Scottish Borders region by a man who has nailed a huge volume of super pictures in that area.

His name is Walter Baxter. I have blogged about him before and Shirley and I met him back in 2013. Walter and I communicate by e-mail from time to time.

The image is of course of a farrier shoeing a horse. In that time-honoured process, there will often be steamy, smoky moments like this one. However, after searching through Google images, I doubt that any other photographer has ever captured the traditional equine scene as well as Walter has done.

If you would like to see more images from his oeuvre, go here and explore.