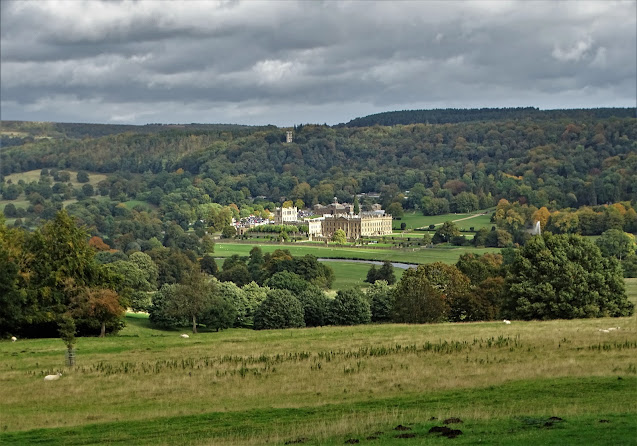 Late this morning I set off for the Chatsworth estate near Baslow in Derbyshire. On a normal run it takes about half an hour to get there from our house.

I had picked this destination for two reasons. Firstly, I wanted to see the grave of Frederick Cavendish who was assassinated in Dublin in 1882 - you may remember that I recently saw his marble monument in Cartmel Priory and blogged about it here. Secondly, I wanted to take a nice long walk in Chatsworth Park which boasts a thousand acres of  pretty countryside. 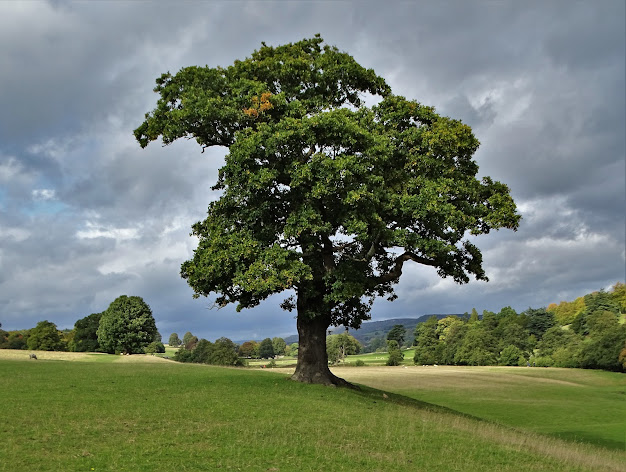 Missions accomplished, I was back at Clint's boot by three o'clock. I took my shoes out and untied my boots then absentmindedly I shut the boot lid before tying my shoelaces. Bad move! My keys were in the boot along with my backpack and wallet and now the boot was locked along with all four doors.

Oh no! What could I do? I was parked in the estate village of Edensor close to St Peter's Church where three hours earlier I had photographed Frederick Cavendish's grave. No money. No phone numbers. No jacket. I needed to phone home in the hope that Shirley would be in and willing to drive out to Chatsworth with Clint's spare key. 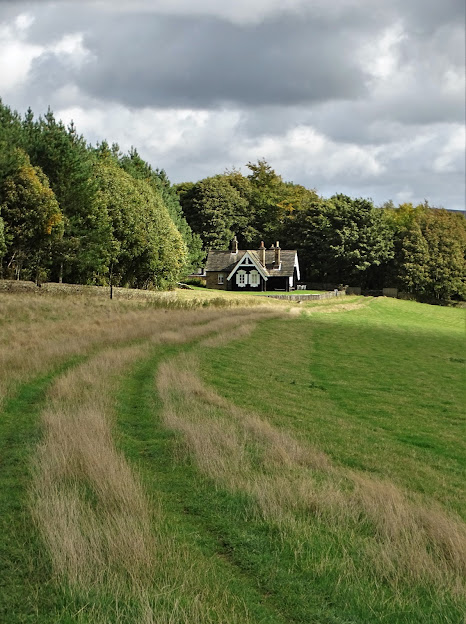 The Russian Cottage in Chatsworth Park

I looked over the adjacent garden wall and there was a silver-haired man kneeling on his lawn, weeding one of his borders with his back turned to me.

I called to him and explained my predicament. Did he have a phone I could use? Very kindly he agreed but at first Shirley did not pick up. Maybe she was out. I tried again ten minutes later. Still no success. 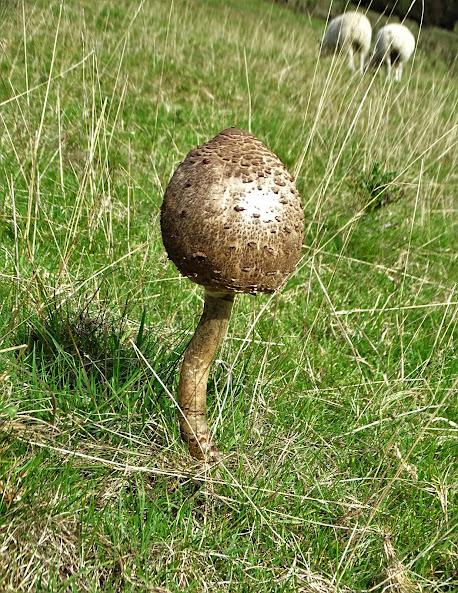 I went back into the church for another look round and there I met a visitor from Virginia, USA. She had primarily come to see the grave of Kathleen Kennedy - sister of JFK. Incidentally, she is buried very close to Frederick Cavendish.

I went back to the elderly man's house to use his phone once again and this time Shirley picked up. She drove into Edensor forty minutes later. In the intervening time I had been chatting with my new friend - Barry. Turns out he had been a greenhouse keeper and gardener at Chatsworth House for over thirty years and as an amateur enthusiast he had developed great knowledge of both bellringing and the maintenance of church bells.

I will be sending him a "thank you" card and a book of postage stamps in gratitude for his willingness to help me out. He even invited me inside his estate cottage for a cup of tea. 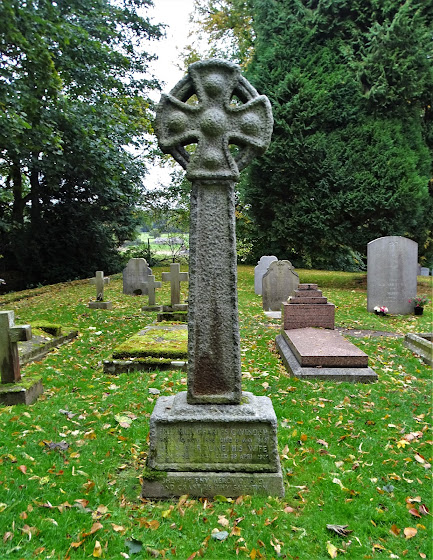 The grave of Lord Frederick Cavendish at Edensor
- October 06, 2022