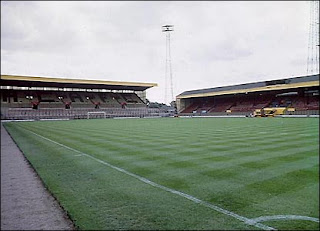 People who are not football supporters may be puzzled by this post - (just as I am becoming increasingly puzzled about what is happening to the old Blogger interface). Yesterday, Hull City supporters had a last opportunity to visit our club's old ground before it makes way for a housing project. Of course now we have a modern state-of-the-art ampitheatre - the KC Stadium - which is the envy of many other Championship clubs but between 1946 and 2002, home games were played at our beloved temple - Boothferry Park.

I first visited the place with my father in 1964 and over the next three and a half decades saw more matches there than I care to remember. So many highs but probably far more lows.

One of the best days was March 31st 1966 when 45,328 supporters crammed into the ground to see our then Third Division team take on the mighty Chelsea in an FA Cup sixth round replay. It was such an exciting evening and though we lost by three goals to one, the best goal of the game was volleyed in by Chris Simpkin from about thirty yards out past the flailing hands of Peter Bonetti.

And Simpkin was at the ground yesterday - on the crumbling terraces that await the bulldozer - with me, my friend Tony and about four hundred other diehard supporters. It's salutary to think that he scored that wonderful goal more than forty five years ago when I was a young lad in secondary school and the world seemed far less complicated than it does today. 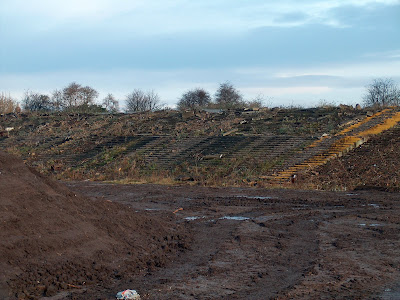 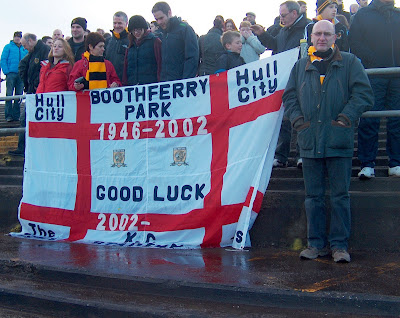