After Cameron's boat disappeared over the horizon, the servants trickled back to work and I headed for the social club for a bit of breakfast. I ordered freshly squeezed orange juice, paw-paw, fresh pineapple, coddled eggs and wholemeal toast with a pint mug of mellow-roasted Colombian coffee. 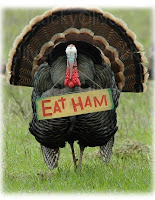 While I was waiting for my order to arrive, I dived in the social club pool and swam ten lengths. The water was crystal clear with a tepid bath temperature. Then I ate my breakfast on the terrace in a deafening silence, wondering what the ambience would have been like if all the emigrants who had pledged to journey here had kept their solemn promises. What merry japes we would have shared together - a conga round the pool after breakfast followed by one of Mr Brague's famous quizzes. Then beach cricket and a wet T-shirt competition for the ladies.

I decided to explore our new country a little more and headed along the jungle track towards Earl John Gray's estate. The Burmese construction team had worked hard to make a fenced compound for his livestock but there was just one lonesome turkey there called Chris - a gift from the people of Turkey. Forlornly, it was pecking in the compound dirt  with a joke sign round its neck - as if waiting for the rest of the menagerie to arrive. 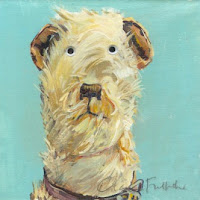 I went inside the traditional living accommodation and spotted a picture of a dog on the tropical hardwood wall. Welcoming garlands of flowers on the table were already drooping and a nesting parrot had pooped on the window sill. I thought that perhaps deterioration in any neglected tropical property begins like that.

Early Gray's houseboy Maung - who looks remarkably like the singer Matt Cardle - came up dripping from the beach carrying a basket of fresh lobsters and shiny sea bream. "Where John Mr Pudding? When John come? I bored Mr Pudding. I wanna serve Mr John. Do whatever Mr John say."


"I'm sorry Maung," I said. "It looks like Mr John will not be coming after all."

Maung showed me Earl Gray's bedroom - a big bamboo bed with a scarlet pure silk cover - beautifully embroidered with a traditional Burmese dragon design. From his elevated bedroom window there was a lovely view of the bay - right across to Pudding Towers.

"Why? Why Mr John no come?" asked Maung.