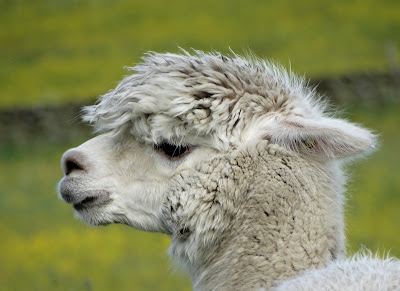 When I was a kid, we never saw any alpacas in England's green meadows but nowadays they are not entirely unusual.. Up at Ringinglow, two miles from this keyboard, there is an alpaca farm.  There they breed them and there are usually forty or fifty grazing in little groups amongst the drystone walls that were once the exclusive preserve of sheep. 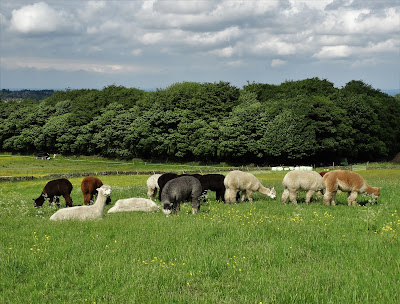 Alpacas are camelids and they originate from the western slopes of the Andes - mostly from Peru, northern Chile and Bolivia. There are no known wild alpacas in South America. They were domesticated long ago and are farmed principally for their wool rather than their meat.

They are unusual creatures. One interesting alpaca habit is that when grazing in small herds they tend to defecate in the same discreet area rather than leaving their droppings randomly all over the pastures. It is believed that this habit helps to restrict health problems related to parasites. 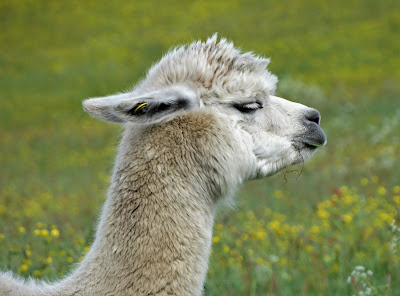 Like their bigger cousins - llamas - alpacas are wont to show annoyance through spitting. Mostly this spitting is directed at other alpacas and may involve half-digested stomach juices. However, it is not unusual for alpacas to spit at passing human beings. Fortunately, when I was up at Ringinglow yesterday afternnon I was not showered in alpaca spit.
- May 31, 2017