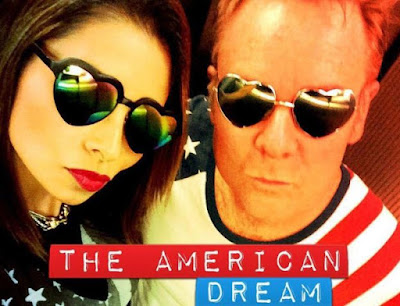 Naturally, anaesthetists are well-rewarded. In my view, they deserve to be well-paid. After all they are dealing directly with other human beings' lives. They are not property developers or insurance brokers. Anaesthetists are people who, in work terms, really matter..

I don't know about Richard and Linda's past history of love and life but they had found each other and were planning to get married. They shared a luxury apartment in Boston  and no doubt they had nice cars, nice holidays, nice friends. In short they were really starting to live "The American Dream".

But last Friday the dream died. Instead, they experienced "The American Nightmare". A thirty year old fellow called Bampumim Teixeira, intent on robbery,  got into their apartment and killed them. Before the killing Richard was able to text a friend this message - "Gunman in the house".

But it appears that Richard and Linda did not die by shooting. They had been tied up and their throats had been cruelly slit. It is further reported that Teixeira had scrawled a message of retribution on a wall inside the apartment. What retribution? What had they done wrong? Perhaps Teixeira was inflamed with jealousy because he could see  with his own eyes how close his victims were to "The American Dream" and how far away he would always be. In his rage, he even tore up photos of the unfortunate couple.