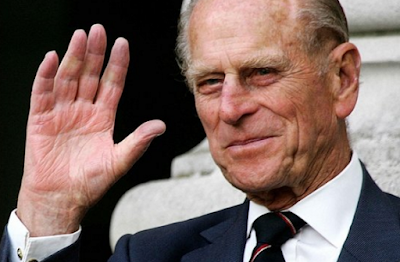 Last week, Prince Philip, the Queen's husband and consort, announced that he was giving up his schedule of royal duties. After all, he is 95 years old so I don't think that anyone could possibly begrudge him stepping back from the limelight.

Here in England, he is as familiar to the populace as the rising sun. Nearly all of us  have "known" him all our lives.

Through the decades, he has variously attracted respect, ridicule, affection and laughter. He is famous for his gaffes. Many of them have been picked up accidentally on nearby microphones. The list is long and they point to a man who is to political correctness what hounds are to foxes. As I present a small selection of Prince Philip's most noteworthy gaffes, I must acknowledge that this post was largely inspired by yesterday morning's "Sunday Round-Up" over at "Shooting Parrots".  Thank you Ian!

Now, over to his royal highness:-

“You managed not to get eaten then?” To a British student who had trekked in Papua New Guinea, during an official visit in 1998.


“If you travel as much as we do you appreciate the improvements in aircraft design of less noise and more comfort – provided you don't travel in something called economy class, which sounds ghastly.” To the Aircraft Research Association in 2002.

“Do you still throw spears at each other?” Prince Philip shocks Aboriginal leader William Brin at the Aboriginal Cultural Park in Queensland, 2002.

“If it doesn't fart or eat hay, she isn't interested.” Of his daughter, Princess Anne.

“I thought it was against the law these days for a woman to solicit.” Said to a woman solicitor.

“What about Tom Jones? He's made a million and he's a bloody awful singer.” Response to a comment at a small-business lunch about how difficult it is in Britain to get rich.

“And what exotic part of the world do you come from?” Asked in 1999 of Tory politician Lord Taylor of Warwick, whose parents are Jamaican. He replied: “Birmingham.” 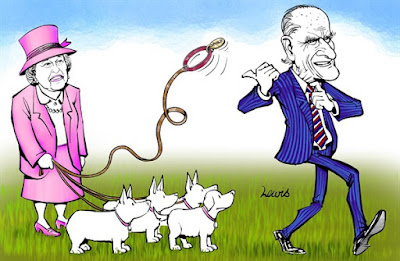