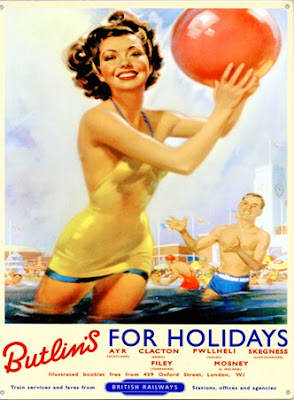 When I was a university student in the seventies, I had long summers to fill. Back then it was relatively easy to find vacation jobs.  In 1974, I spent a few weeks working at a small agricultural chemical factory back in the village of my birth. One of my tasks was to fill aerosols with sheep dye using a certain sealing machine but about every hundreth canister would explode showering me with indelible blue or red ink.

I went home for tea only to be greeted with unsympathetic familial laughter and sheep impressions. Getting that red or blue ink off my face and arms was nigh on impossible. The Incredible Hulk may have been green but I was the red and blue version.

After a month or so, I quit that awful job and bought a plane ticket from Leeds to Dublin. I had a massive rucksack filled with everything I might need and set off on a six week camping tour of Ireland, staying hither and thither and sometimes treating myself to a night in a youth hostel or a room above a pub. By the way, you can read about the drama that happened at Leeds-Bradford Airport in this post I wrote in 2009 - "Lard"

"The Troubles" were raging in Northern Ireland in 1974 but I was sticking to The Republic. The country attracted far fewer tourists than it does today. I have many memories of those six weeks, drifting around, meeting people, getting to know Ireland and The Irish.

They spoke English but they were not English. This was definitely another land, another culture. There was humour and openness and yet there were undercurrents too - of departure and loss. In Ireland they loved to tell a story and people had time to chew the fat. I drank Smithwick's bitter in smoky little pubs down in Cork and Dingle and Ennis and Baltimore and an old man rowed me out into the middle of Lough Ree where we caught fish and took them back to his two room cottage to fry over the turf fire. 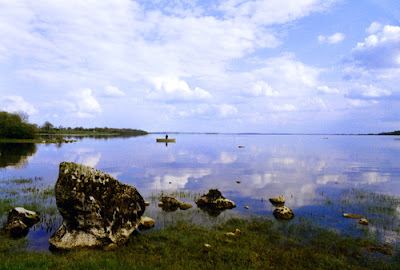 Oh I could write a dozen blogposts about that six week tour. I haven't even touched upon any of the lifts I had while hitch-hiking round Ireland. None of them were ever straightforward. There was always a tale to be told. It was as if Ireland was simply a novel unfolding -  a page turner of interconnected chapters filled with laughter, love, tragedy and bizarre happenings all viewed against a beautiful backcloth of green fields, Atlantic sunsets, tumbledown cottages and ancient history.

In 1975 I worked at Butlins holiday camp near Filey on the Yorkshire coast. It doesn't exist any more. It was razed to the ground in the eighties.

The holiday camp had fences and barbed wire round it. Holidaymakers stayed in basic chalets and within the complex there was everything they needed for a fun time. There were dining rooms, swimming pools, sports fields, a ball room, bars, snooker and table tennis halls and a permanent funfair containing all manner of rides. 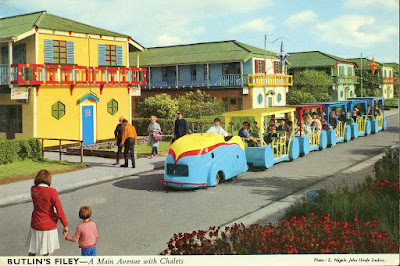 Most of the visitors were working class folk from big northern cities like Leeds and Newcastle. You paid an upfront fee for your week's holiday then pretty much everything was free. On commercial British TV channels adverts for Butlins were very familiar - "You'll have a really wonderful time at Butlins by the sea".

In the daytime I worked in the catering stores, checking deliveries in and checking out orders to the different dining venues. At night I worked in an amusement arcade with a bunch of keys and a dirty great screwdriver. I was what was laughably called the "technician" - unjamming coins and bashing the various old machines to make them work again.

Butlins seasonal workers lived in their own separate encampment, sharing cramped chalets. There was a staff bar but I only went in there once. It was like a saloon in the Wild West. A fight broke out and chairs went flying. No wonder plenty of the workers seemed to sport scars. It was a rough place with rough people and I kept my head down, happy to escape  after two months with a nice wedge of cash and no injuries.

When 1976 arrived, I was determined to do something different that summer. No more sheep dye, no more turkeys on the turkey farm where I had also worked and no more detainment in a  Butlins prison camp.

One day at university I saw a poster on a noticeboard  - BUNAC - British Universities North America Club. There were smiling faces in a forest. Perhaps I could be a camp counsellor on an American summer camp. Surely that would be better than the other things I had done. Free flights, free accommodation and food plus a small income.. But was it really me?  Well this will be the subject of my very next post - "Counsellor". 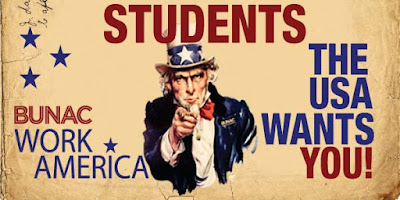