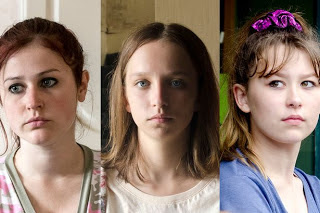 In the middle of last week I was gripped by the BBC's mini-series: "Three Girls". This was very powerful drama built upon awful real life events in Rochdale, Lancashire. All involved in this series from the actors to the writer, director and production team deserve enormous credit for lifting the curtain on something so dark and terrible..

What am I talking about? The sexual exploitation of vulnerable white teenage girls by predatory British Asian men who purport to follow Islam. This was happening in the streets of Rochdale in 2008 and 2009 but it wasn't until 2012 that the main perpetrators were brought to justice.

The girls, and there were many of them, were plied with alcohol and cigarettes as the predators sought to cynically entangle them in an exploitative web of abuse that stretched way beyond Rochdale. The "three girls" in the drama were at the centre of the legal cases that were finally brought to court even though initial complaints had been squashed or ignored by the police and other authorities.

What happened in Rochdale was sickening and cruel but it has happened in other British towns including Oldham, Bradford, Rotherham, Oxford, Telford, Birmingham and Cardiff. Invariably, the paedophile criminals are older men with a Pakistani heritage and always the victims are vulnerable white working class girls. There can be little doubt that the grooming and sexual abuse continues to this day and in the future there will no doubt be yet more extremely tricky cases to unravel.

I cannot begin to imagine what sexual abuse in childhood does to people. The horrible  memories and the emotional scars must be terrible burdens to bear affecting all  future relationships, self-esteem and the very quest for happiness.

I applaud the BBC for grasping this nettle. Hopefully, "Three Girls" will help in improving awareness of the issues. It goes without saying that the majority of British Asian Muslim men are decent, law-abiding citizens who would not dream of preying upon vulnerable teenage girls. Clearly, they have their part to play in bringing the predators in their communities to justice, demonstrating that there are better ways to live in a country that has given them a new home and the prospect of a better future. Kindness and respect for others and the rule of law are vital in any civilised society.

For fuller details about the Rochdale child sex abuse ring go here.
- May 21, 2017