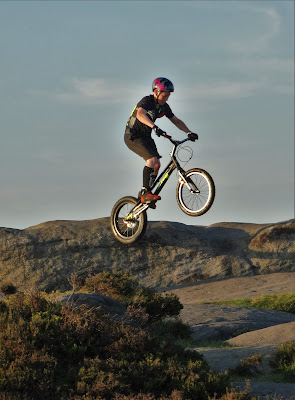 Yesterday - May 24th - was such a warm and beautiful day here in the north of England. After our evening meal, enjoyed out on our decking, Shirley gathered her sewing materials together and went off to her pattern making class.

After watching the TV news and weeping about the details of Monday night's innocent murder victims, I jumped in the car and headed out into the countryside - to Higger Tor. It's a rocky plateau that in ancient times was inhabited and used as a defensive position.

Looking east the evening light was warm like honey - colouring trees and rocks alike. Looking west there was a milky mistiness. All of the pictures in this blogpost were taken between 8.30pm and 9pm. In a month we will have reached the longest day. 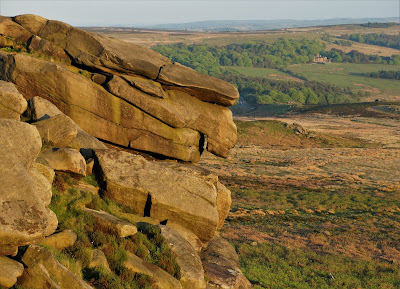 I saw a group of BMX enthusiasts practising their techniques on the weathered rocks. I also saw a young man with his dog. He kept filming himself and I overheard him reflecting angrily on ISIS, terrorist outrages, the Manchester Arena murders and suchlike. Maybe he didn't realise I was observing him and listening to his animated outpourings. He was a British Muslim.

I just wanted him to shut up and enjoy the peace and the soothing warmth of the evening, instead of filling the air with his endless ill-considered ramblings. The dog looked on, wondering what the hell was happening. I usually feel the same about smartphone use. 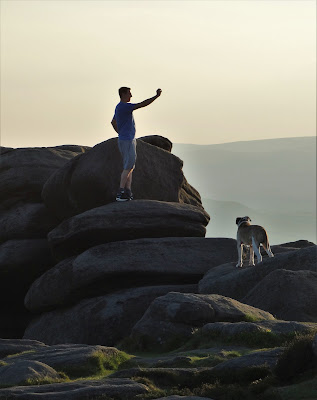 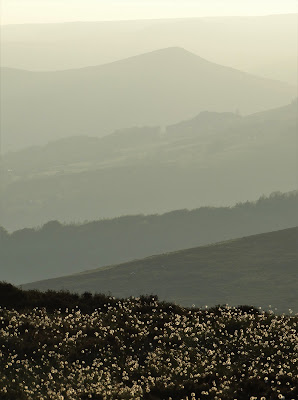 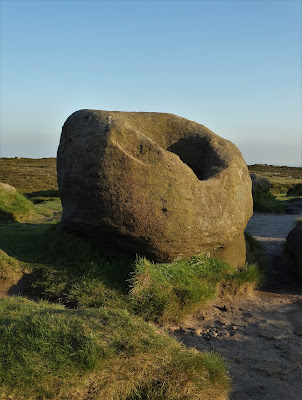