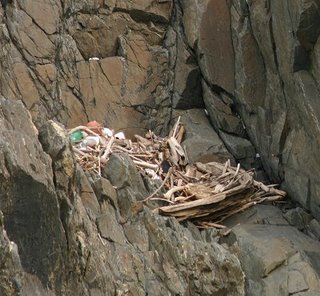 Why do we remember what we remember? I guess dozens of psychologists have explored this question. It's something I have often reflected upon.
What is your first memory? I look back through my catalogue of years and I see myself at the bottom of our staircase. Stuff was happening upstairs. People. I remember a sense of being excluded and then someone, perhaps my father, telling me I had a new baby brother. But then I wonder, did this ever really happen? Perhaps I dreamed it, perhaps I manufactured this memory.
Later. I see my father in his pyjamas at the top of the landing with a rifle aimed at the sycamore trees which hosted a rookery. He hated being woken by their cawing, their mating and rowdy nest building in the first light of the day. He was blasting them to crow heaven. And I remember lying on my bed, studying the random swirling patterns of the wallpaper and seeing faces there and clouds, hints of limbs and distant horizons. I could list perhaps twenty vivid childhood memories like these - some of them significant such as the death of Oscar the family cat and others seemingly unremarkable like the softness of the china clay in the stream near Pentewan Beach in Cornwall. The point I'm getting to is this, somehow my memory has been edited. Something, some urge, some need has allowed certain memories to float on the visible surface of my mind while other have sunk into the darkest depths - never to be salvaged. I didn't consciously decide to keep this set of twenty odd memories in accessible reach and I didn't consciously condemn the other memories to oblivion.
Moving on to early manhood. It's like a picture show. If I concentrated hard and ran that show in my head, it could last perhaps two hours. Ten years in just two hours. What happened to all those other thousands of hours? Again, I didn't consciously select the shots that sit on the surface. Obviously some shots are understandable. Anyone would have remembered them I think - like falling in love, falling out of love, passing my driving test, first major job interview, breaking my leg playing football, standing on top of the Empire State Building, our wedding day, the births of our children... but then there's other stuff - the unremarkable. I remember an Indian trader on a boat journey and the clogs with leather uppers I bought in Holland and the dampness on the roof of my tent when I was holed up in the lee of Lindisfarne Castle one rainy August day and the sound of the surf breaking and a sheep grazing near the guy ropes. So much has been edited out, buried, filed away forever. And yet stuff remains, stuff I didn't choose.
I have come to view this flotsam and jetsam as my symbolic markers. They define one's psychology. They represent it. A strong theme throughout my conscious memory is justice. I recall times when people tried to put me down or let me down and though my life has contained much joy, much celebration, much personal achievement and much laughter, it is those black moments that I remember best. People used to tell me to "lighten up", to stop being so serious. But how can you change who you really are? Those memories, the ones that we can at least grasp are signposts to who we really are.
There have been times when I have pledged to remember something, never to let it slip away 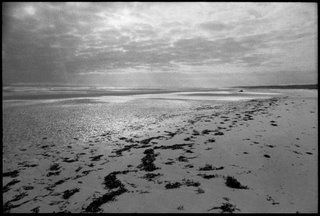 and some of that pledging has been successful but so much of it has been fruitless. The memory will keep what it wishes to keep. You can't force it.
Everyday, practical memory is another thing entirely. I read that women are generally much better than men at remembering household details - where things are for example. This is certainly true with my wife Shirley. I often say - "Do you know where my keys are?"/ "Do you know where my wallet is?" and more often than not she does know. Men are better at remembering other things - such as how to get somewhere, what last weekend's football results were. It's no surprise to me that men and women will often argue over journey navigation. Most women find this skill difficult to master because it isn't high up the female psychological pecking order.
"Memories can be beautiful and yet... much too painful to remember... so we choose to forget..."
- March 19, 2006