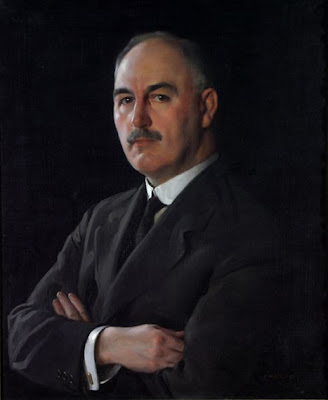 The other day, Sticky Toffee went walking on the southern edge of Sheffield through a nature reserve known as Blacka Moor. I have walked there many times. It is a mixture of deciduous woods and open moorland. In the north western corner of the reserve, my doppelganger spotted a stone plaque which recognises that a benefactor called J.G.Graves gave the 447 acres of Blacka Moor to the people of Sheffield in 1933 - "To be held in perpetuity". 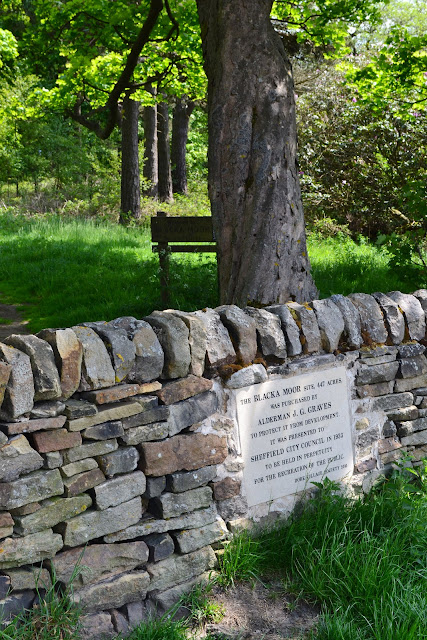 Anyone who has lived in Sheffield any length of time will be familiar with the name "Graves" and may even be aware of some of his munificence. He gave us Graves Park - a wonderful big park to the south east of the city (227 acres) and Ecclesall Woods (350 acres), Tapton Nurses Home as well as the Graves and Mappin art galleries. Even today the J.G.Graves Charitable Trust provides helpful grants to a range of worthy causes.

But who was he? John George Graves was not a Sheffielder by birth. He arrived in the city at the age of fifteen or sixteen to work as an apprentice in a watchmakers shop in the city centre. This was in about 1881. Within twenty years he became a very rich man - largely because of the mail order service he developed. At its peak, J.G.Graves Ltd employed over 2000 workers as its profits mushroomed and the British working classes began to discover that there could be more to life than basic survival.

I discovered that Graves died in 1945 in a grand house called Riverdale that had been his home since the beginning of the twentieth century. It had previously belonged to one of Sheffield's great steel magnates. This vast Victorian mansion with its turrets, stone carvings and high ceilings used to be surrounded by extensive gardens but sadly, in the nineteen sixties nearly all the grounds were sold off for housing development.

Today Riverdale houses a number of offices for different businesses - nobody lives there and I guess that many people drive by it without realising that it was once the home of an exceptionally generous millionaire who became the mayor of our city and would certainly have been knighted had it not been for his long-running disputes with the Post Office.

I found an extract from a letter written by his longtime chauffeur around 1933. The man had previously tended the mansion's "stablings". In the letter, he said of  his "master" John Graves - "he is very considerate". And below you can see a photo of what I imagine are numerous J.G.Graves workers at their annual staff garden party in the grounds of Riverdale with the big house itself behind them - around 1910/12 judging by the clothes. There's a man sitting at the front wearing a straw boater. I suspect it's Graves himself. 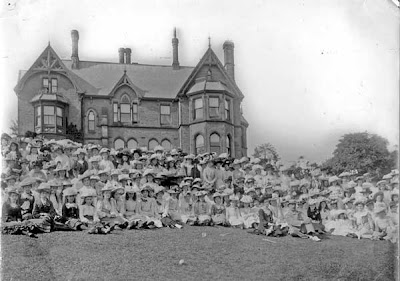 Very few wealthy people are as genuinely philanthropic as John Graves was. He gave so much back to his adopted city - putting his pocket very much where his mouth was and in writing this post I am proud to have played a small part in ensuring that his name will live on.
- June 02, 2012