On Monday morning Shirley and I will travel to a distant foreign land where the natives' English is unintelligible and strange customs are practised. A land of pale ginger people where the men wear chequered skirts and landlords call pints of bitter pints of heavy. Here are three picture clues...
a) 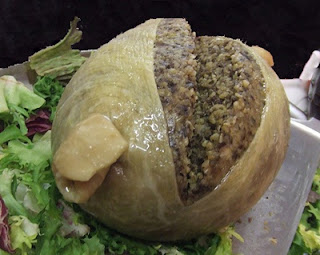 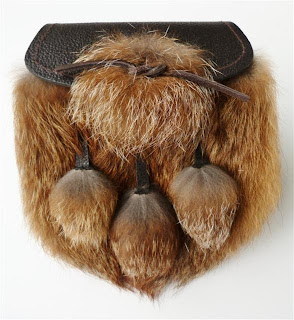 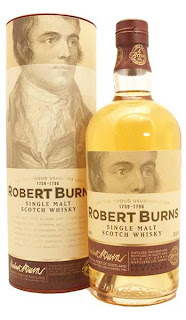 Yes my friends, you have guessed it! Bonnie Scotland, land of midges and highland cattle, white vinegar and cockaleekie soup. We will stay for three nights in a small cottage - Plum Tree Cottage - near the Border town of Kelso before driving up to St Andrews where Shirley wants to attend a study day on diabetes at the famous university. Then on our way back home next Saturday we plan to stop over with our old friends Steve and Moira in the Northumberland town of Alnwick - recently made famous because Alnwick Castle was converted to Hogwarts School for the Harry Potter films.

So you will be pleased to learn that my blogging activity may be limited over the next few days. Apart from anything else, I don't think they yet have electricity in Scotland. Only kidding - they probably discovered it if you believe everything that blubbery Alex Salmond, leader of the Scottish Nationalist Party says. Away the noo!
Pictures:-  a) a haggis b) a furry sporran c) Scotch whisky named after the national poet
- August 26, 2013