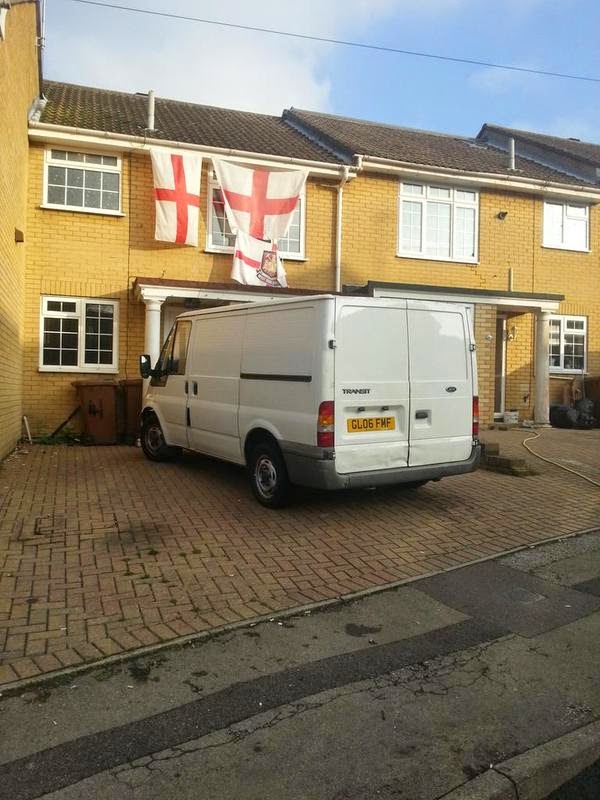 In my view, Twitter is for twits. It has caused so many ructions that I wonder why people bother with the nonsense. Apart from anything else, I can't abide the notion that thoughts or observations might be distilled into a mere 140 characters. This economy makes a mockery of written communication through the ages. And another thing, why would anybody want "followers"? Jesus Christ had followers and so did Adolf Hitler but personally I wouldn't want to be somebody who is "followed". They might mug me down a dark alley.

See the image above that was tweeted two days ago by the Labour Party's Emily Thornberry. She was the shadow attorney general but now - because of that tweet - she has lost her position in the shadow cabinet. Personally, I am glad she has gone. This privileged barrister, whose father Cedric was Assistant United Nations Secretary General, sent her own children to a posh school outside her London neighbourhood. She is a hypocrite. A smug metropolitan wordsmith who saw the Labour Party as a great career move. Such a contrast with the men and women who forged the Labour Party to represent the needs and aspirations of ordinary working people.

Let me explain that picture. It seems to encapsulate a widespread and rather snobbish view of the ordinary working class family in Britain today. They live in a small house and they have a white van on the block paving. There are two St George flags hanging from the windows. Their patriotism might be interpreted as a form of nationalistic bigotry - God Save the Queen but get rid of the immigrants. I have no doubt that Emily Thornberry was poking fun at the very people she is meant to represent - British workers and their families - the very people who made The Labour Party a hundred years ago.

She may also have failed to appreciate that those flags were hanging from the house the morning after England had trounced Scotland in Glasgow in a "friendly" football international. It is very likely that the residents are simply proud England fans who put the flags out to express their sporting allegiance.

Thornberry goes to dinner parties and likes fine wines. She visits the theatre and lives the Islington high life. She reads "The Times" and still follows the intricacies of ongoing legal cases. She does not count the pennies in her purse or struggle to get the ironing done. She does not sit glued to the telly watching mind-numbing pap or hear the people next door rowing or wonder if she can afford a holiday on the Costa Blanca next summer or seek cheap house insurance on the internet or receive school reports on her children which say "disruptive" and "could do better". No, Emily Thornberry has resided in a privileged bubble.

Though it has no accompanying words, the image she tweeted says a great deal about her and sadly it consolidates what a lot of working people have been thinking about the Labour elite. They are inauthentic and out of touch with the party's roots. I wonder if she'll tweet a picture of her crestfallen face or an apology for the damage her arrogance has done.