Shirley and I stayed in darkest Lancashire last night and have survived to tell our story! Everything was in sepia. There were women in shawls and flat-capped men in clogs, their backs bent as they moved between satanic cotton mills and cramped rows of terraced houses. Their vowels were so rounded  that we could hardly understand what they were trying to say. That's Lancashire for you.
We had travelled over the forbidden hills to watch Hull City play Burnley at their Turf Moor stadium. Their supporters huddled outside fish and chip shops and pubs, taking in their customary fuel before the match commenced. Sadly we lost by one goal to nil and I am starting to see challenging times ahead for my beloved Tigers. It was Burnley's first victory of the season.
We stayed in a little guesthouse in Clayton-le-Moors, drank beer in "The Albion" and had a very good curry meal in the "Balti Stan " restaurant before rising this morning for a full English breakfast. After this, we drove into Accrington where I had planned that we would attend the town's Remembrance Day Service in Oak Hill Park..
Accrington is quite famous in Britain's long history of warfare. In late 1914, the town sought to recruit an entire battalion of volunteer soldiers who would become known as The Accrington Pals. They gathered with hope and with pride in their country and spent the next year training to go to war. It wasn't until the early morning of July 1st 1916 that The Accrington Pals entered that awful war.

That morning, the very first day of The Battle of the Somme, 584 Accrington men were slaughtered in their quest to take the German position at Serre. All that hope and all that national pride had ended in a hellish bloodbath on a day when 60,000 British troops in total died.

Back in Accrington, when the terrible news broke, not one street was unaffected and of course everyone knew someone who had died. Curtains were drawn and there was much weeping and wailing. A generation of largely young men had gone. So much for hope and pride and so much  for benign and omnipotent deities. The killing of The Accrington Pals was emblematic, capturing in smallscale the entire nation's horror.

So we stood with the townsfolk, sang "Abide With Me" and observed two minutes' silence in the shadow of a magnificent cenotaph that was funded entirely by public subscription. An old soldier called Gordon collapsed and looked so still and grey that you thought he was dead but thankfully he recovered with the help of St John's Ambulance folk. He had come to pay his respects to The Accrington Pals and all the other young men and women who lost their lives in these seemingly endless wars. 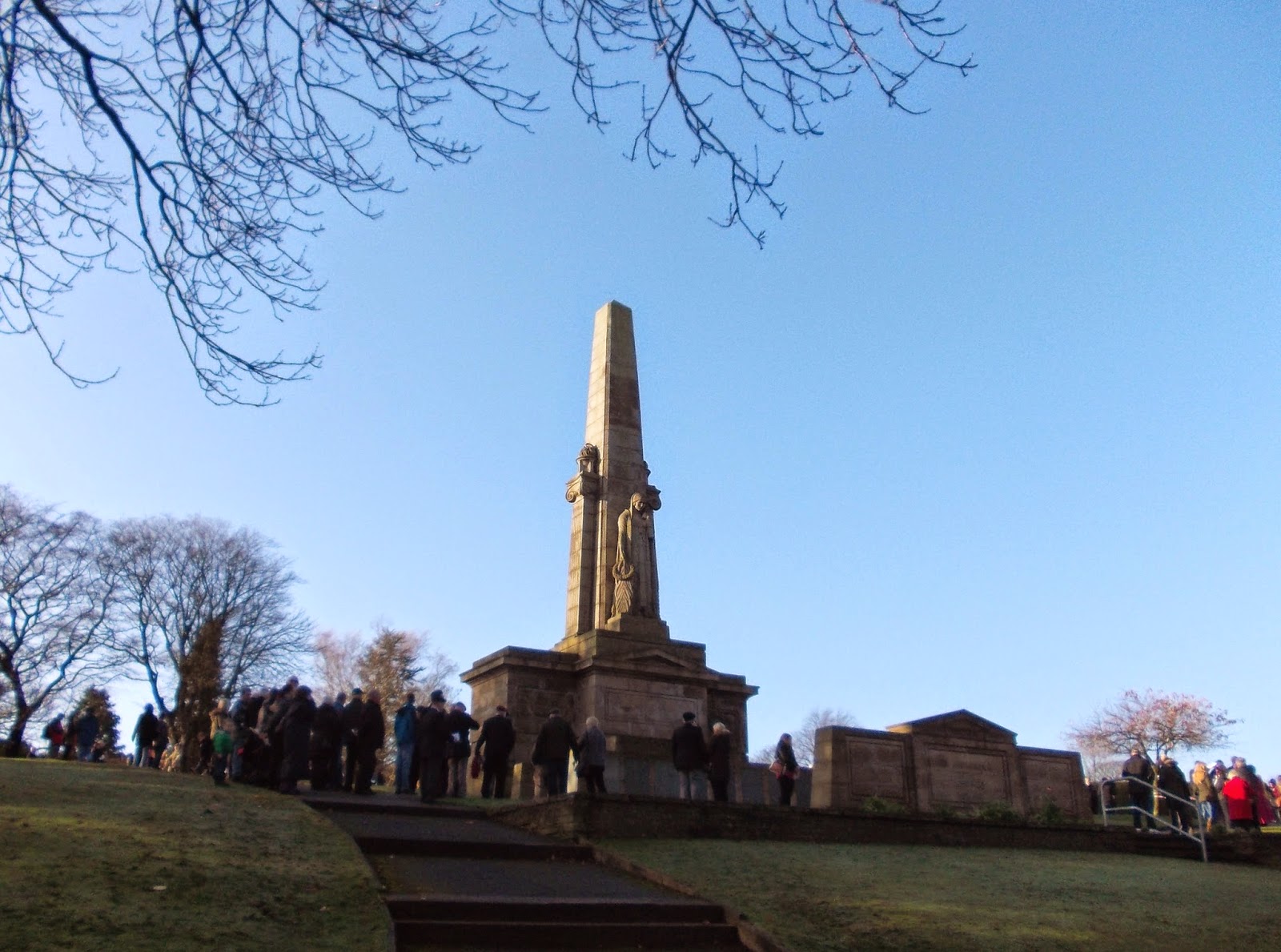