I have known Higgy for twenty five years. For most of that time he lived with his mother in a four bedroom detached house that was in an increasing state of dilapidation. His mother Lily gradually became crippled by arthritis - surely one of God's most cruel inventions. Her hands were like frozen claws and so she could do little for herself. Higgy was her principal carer.

Lily died in 2010 and soon afterwards, Higgy moved into a two bedroom flat. A new beginning  He's fifty six now and a well -known character in our local pub. He hasn't worked for thirty years but he is excellent at pub quizzes and crosswords. He knows so much about a wide range of subjects and is far better than I am at retaining knowledge and quickly recalling it.

For some unknown reason, he took to wearing sunglasses where ever he goes. One pair is framed bright red and other pairs are white and yellow. Quite eccentric but then again he is not like other blokes. He suffers from an eating disorder and has always been painfully thin. He is also cursed with eczema. A picture of health he is not. Poor Higgy.He walks like a stick insect on spindly legs and if a stiff breeze blew he would probably fall over.

A couple of months ago he complained that his back was hurting so with some encouragement he went to his local doctor's surgery. They referred him to hospital and in the past few weeks he has had scans and  X-rays, blood tests and painkillers. I have driven him to four of his hospital appointments. Before we leave our neighbourhood we always have to call in at a local shop so that he can buy a copy of "The Guardian"and a packet of cigarettes.

On Monday, I went into his appointment with a specialist at The Northern General Hospital. Previously he had been promised that this would be the day when he found out what the problem is - osteoporosis or a "disease" (i.e. - cancer) but instead of the answer he was expecting he was told he would have to have a biopsy on the particular vertebra that is crumbling away and causing Higgy so much pain. 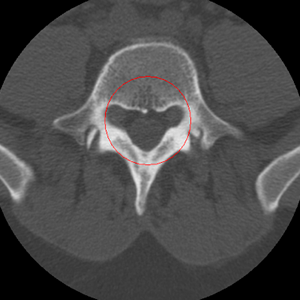 I could see it all on the computer screen. Amazing imagery from the CT scan. The consultant surgeon said that they couldn't insert a strengthening rod as Higgy's bones have a very low density - "like polystyrene". Probably caused by years of thinness and not looking after himself properly. By the way, he had all his teeth removed last autumn as they were starting to fall out and become infected anyway. This can't have helped his difficult relationship with food.

Like all eccentrics, Higgy has been on the receiving end of unpleasant remarks that might be construed as bullying but I have always had a lot of time for the fellow. He is kind to others, interesting to talk to and in spite of his cigarettes and "wacky-baccy" and pints of "Carling" lager, he lives a decent, unobtrusive life.

He is pretty much estranged from his elderly father who divorced his mother when Higgy was in his teenage years and he never sees his sister. He has never had a significant romantic relationship with anybody - man or woman - yet there's a lasting sense that he could have really been somebody if the path of his life had been different. Maybe his biggest achievement was gaining a degree in History from Sheffield Hallam University at the tender age of forty nine. It was a struggle but he got there in the end.

At  fifty six and with his pain, his crumbling bones and his eating disorder I doubt somehow that he will live to be an old man. He was desperate to find a job for he could see his savings draining away and numerous times I helped him with computer-related matters and job applications but it was never going to work out. He had come too far and now we wait for the big needle that will surely lead to a correct diagnosis. Osteoporosis or cancer - neither of them very nice to live with. Poor Higgy.
- May 15, 2015