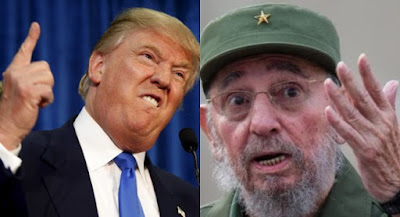 A "A person who's flat-chested is very hard to be a 10, OK?"
B "I feel my belief in sacrifice and struggle getting stronger. I despise the kind of existence that clings to the miserly trifles of comfort and self-interest."

How did you do? The producers of "Quiztime" make no apology for the difficulty level of this demanding quiz. The answers will be proudly tweeted by Donald J. Trump on his Twitter feed later this month. Unfortunately, "El Comandante" will be unable to assist with this process
- December 06, 2016