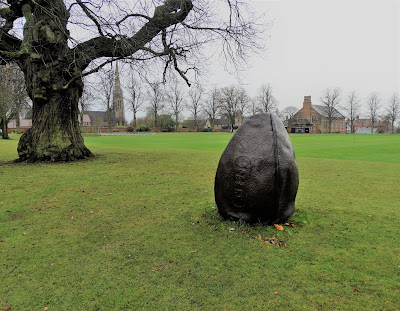 Sitting in a traffic jam on the M1 motorway. An ambulance with blue lights flashing and siren blaring wove in and out of the lanes. It was pitch dark and we were on our way to Rugby. Sunday night in the heart of England.

A glowing little petrol pump symbol appeared on the dashboard and as the stop-start progress of that slow motion traffic jam inched us forward, we began to imagine how much fun it would be to run out of petrol there. Not. No hard shoulder to pull onto because of ongoing roadworks and a ten mile tailback behind us. How would the recovery vehicle get through? Nightmare scenario.

After forty painful minutes, the jam almost magically unravelled itself and we made it to Watford Gap service station under our own steam. It was a relief, I can tell you.We hardly spared a thought for the unfortunate travellers whose vehicles had apparently collided and we saw no evidence of the accident.

Onwards to Dunchurch just south of Rugby. We had a room reserved in "The Dun Cow" and we were just in time for dinner. In this village - once an important stopping point for stagecoaches - Guy Fawkes and some of his fellow gunpowder plotters holed up here in 1605. They were in a pub called "The Lion Inn" but nowadays it is a private residence known as "The Guy Fawkes House". 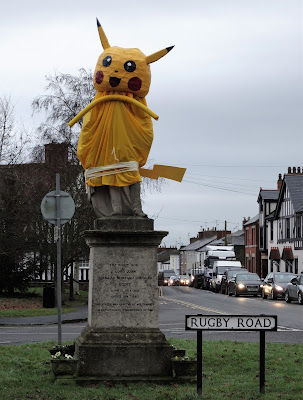 Sunday in London was bright and beautiful. We walked over Wandsworth Common with dozens of dog walkers. Seabirds sat in a line on a wooden platform by one of the ponds as footballers competed for a leather orb, hoping to drive it into the opposition's net.

We carried on to Clapham Common, passing humble terraced houses that now sell for over a million pounds apiece. Then down the back streets to Balham. We bought French onion soup and fresh rolls for lunch, having feasted the night before on delightful Nepalese dishes -  Momo Cha, Pokhareli Lamb, Bhuteko Bhat and fresh Nepali bread from a tandoori oven. Excellent.

Earlier today we walked around a rather gloomy Rugby. But at least it wasn't raining. We visited the new Rugby Hall of Fame above the town's library and we also  strolled by Rugby School, observing the statue of William Webb-Ellis and a massive bronze rugby ball embedded in the sports ground close to the spot where Webb-Ellis allegedly picked up the ball and ran (see first picture).

Visiting Rugby - as I said earlier to the dog lady in Dunchurch graveyard - it was indeed a once in a lifetime experience.
London on Sunday..... 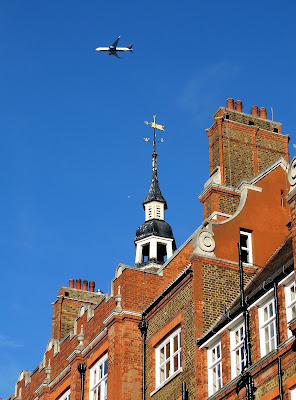 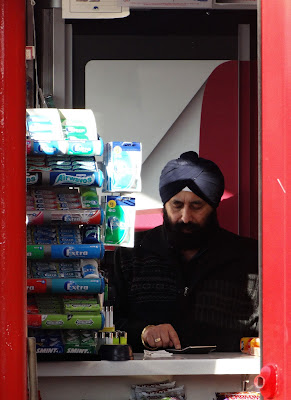 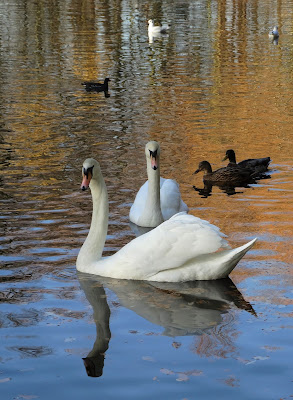 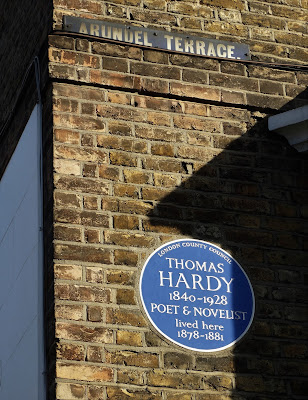