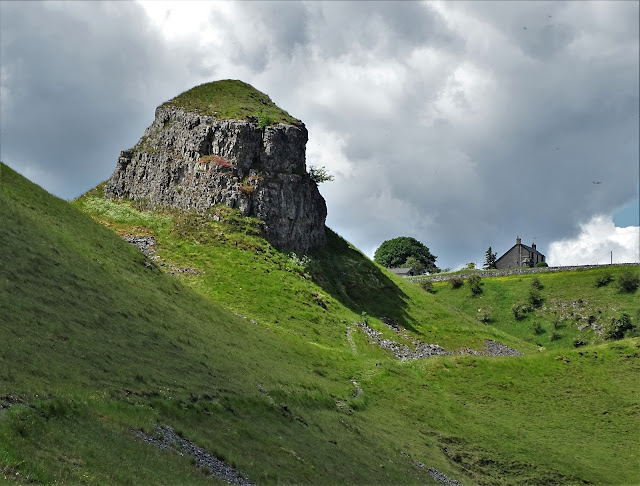 Out walking again yesterday. This time I was in the area where our daughter will be married at the end of August. They have had a vision of a Sunday wedding walk the day after the knot is tied and I was on a test mission.

Above you can see Peter's Stone at the head of Cressbrookdale. It is a dome of hard limestone.  The story goes that it got its current name because it is reminiscent of the dome of St Peter's in Rome. Once it was known as The Gibbet Rock for more grisly reasons.

Below a painter is working on "The Red Lion" pub in the village of Litton which I reached after a long climb up Tansleydale. 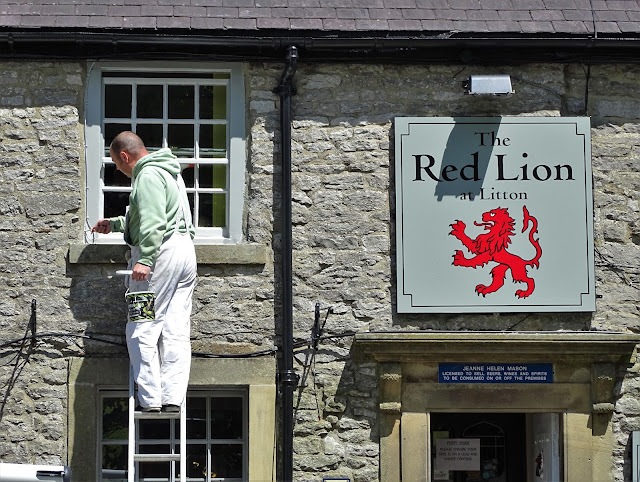 After Litton I walked across pastures before a steep descent back into beautiful Cressbrookdale through woods where banks of wild garlic were returning to the earth after their springtime blooming. Then over the dried up stream at the bottom and up the other side towards Wardlow.

I saw a brown cow watching me as she lounged in the limestone landscape of The White Peak. 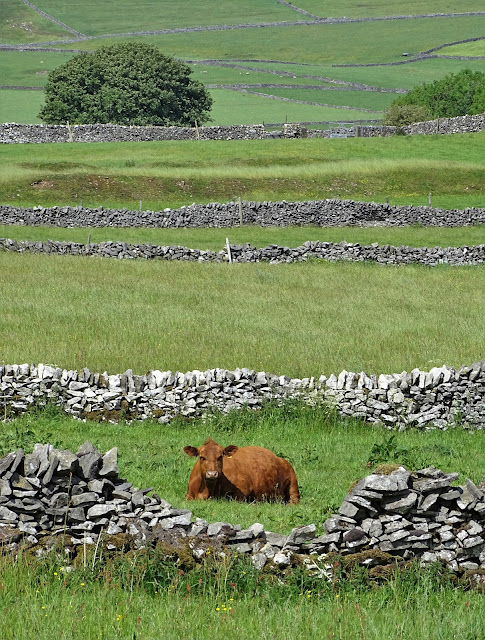 Not far from the brown cow,  I rather like the way the early June light has illuminated the simple scene below. 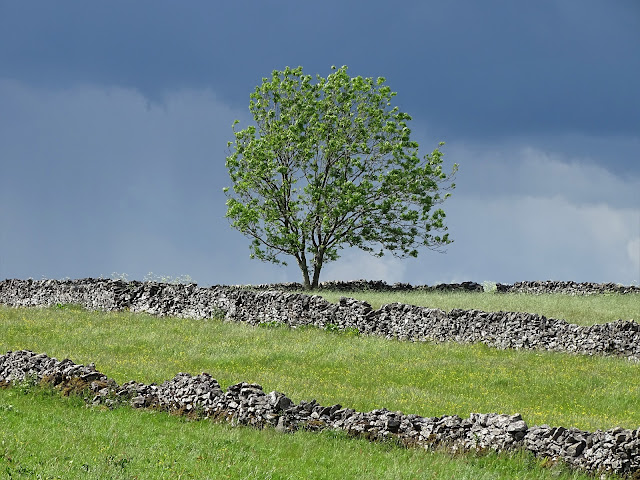 After getting my shoes back on and swigging cold water from Clint's boot (American: trunk), I decided to drive on to Tideswell where Frances will marry Stew in "The Cathedral of the Peak" - St John's. Let's hope the weather is kind to them that day. 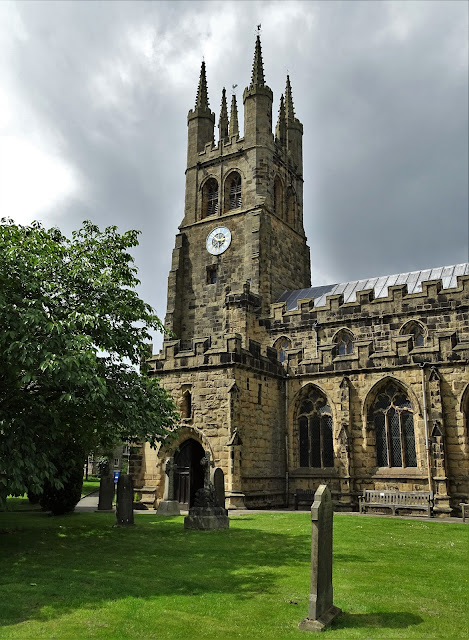