Some "Yorkshire Pudding" visitors know about my son's vegan journey. You have followed his progress with his "Bosh!" teammate Henry. Together they have come a long way. Three books in the bag, a prestigious "book of the year" award from Britain's booksellers, TV appearances, magazine articles and so on. They have been riding a vegan wave and now there's a new and very exciting development...
The likely title of the TV show will be "Living on the Veg". Ian and Henry are busily filming ten episodes which will be screened on ITV on Sunday mornings quite early in the new year. Recipes will be demonstrated and there will be weekly celebrity guests.

Bringing vegan cookery to mainstream TV is quite amazing - almost incredible. Not so long ago vegans were seen as weirdo cranks who lived on lentil soup and wholemeal bread. Now it is becoming cool to be vegan. As Ian and Henry announce news of their breakthrough TV series. the BBC will be showing a documentary on Monday night entitled "Meat: A Threat To Our Planet". 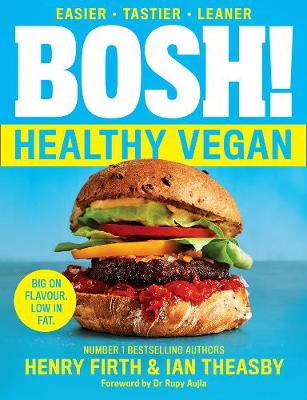