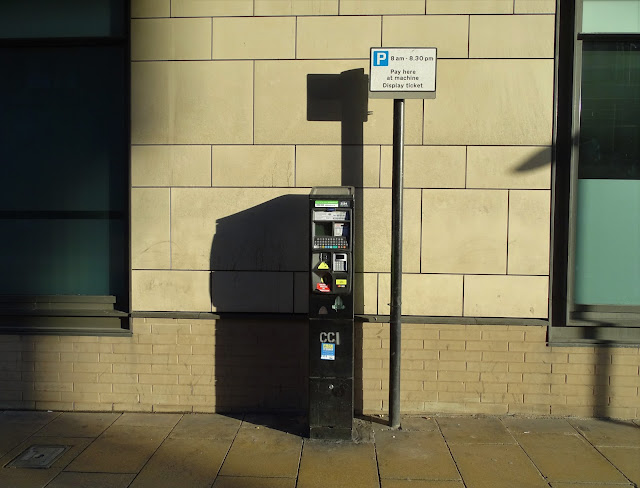 Mostly, I like to walk in the countryside. But just occasionally it is nice to go urban walking. As in the countryside you never know what you might encounter in a city.  Over the years, as revealed in the dusty cobwebbed annals of this ancient blog, I have shown visitors lots of images of England's steel city - Sheffield.
On Sunday, I went plodding in the heart of this ever-changing city with so much safety gear I might have crippled myself. Wilhelm the St Bernard kept barking at the traffic as rough brandy swilled around in the little barrel under his chin.

I walked beside The River Don - up to Blonk Street Bridge - I wanted to photograph the confluence of The Don and The Sheaf. As it happens, I was facing bright sunlight so my confluence pictures did not work out too well but you can see how the Sheaf emerges from a culvert close to the bridge. I could hear the sound of water rushing over a weir within the culvert which is half a mile long. 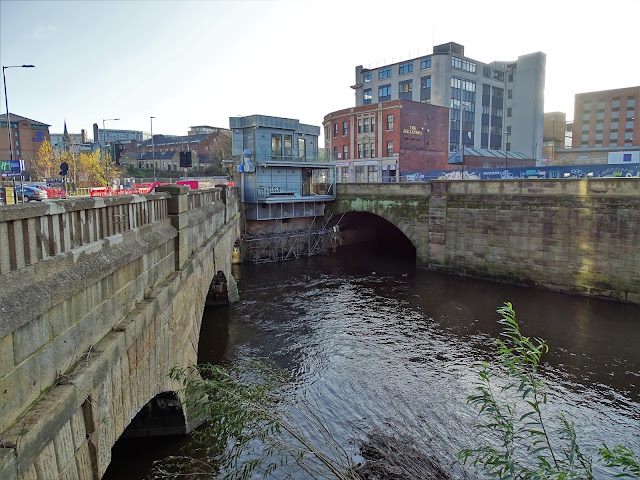 Sheffield became a steel city largely because of its little rivers. Firstly they powered small cottage industries and forges. Scythes were sharpened and iron was smelted, then steel and later stainless steel. In fact, this is where stainless steel was invented and first produced. Sheffield cutlery could be found in every corner of the largest empire the world has ever known - The British Empire. Through the nineteenth century, Sheffield's steel industry became enormous and the Lower Don Valley led the world in a range of such dirty, brutal and ingenious metal-related businesses.

More pictures. The next (Reedesque) one is specially for Mrs J.Barlow in Florence S.C.. 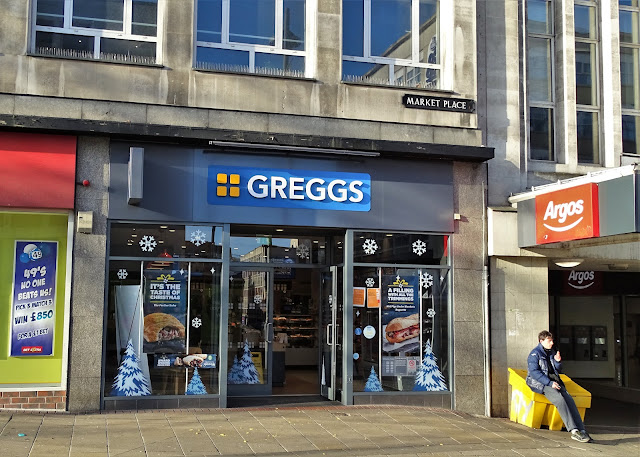 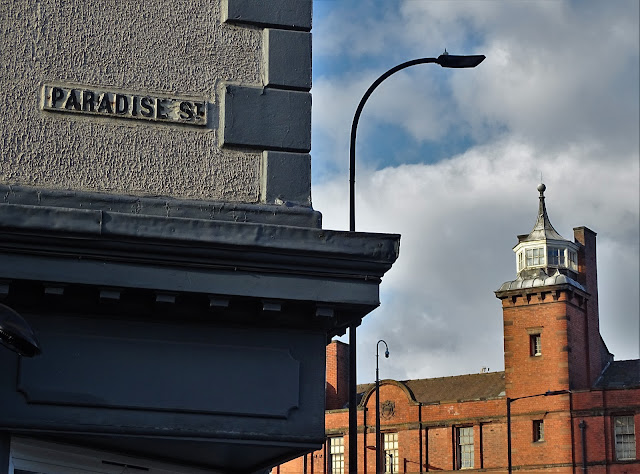 On Bank Street with a reflection:- 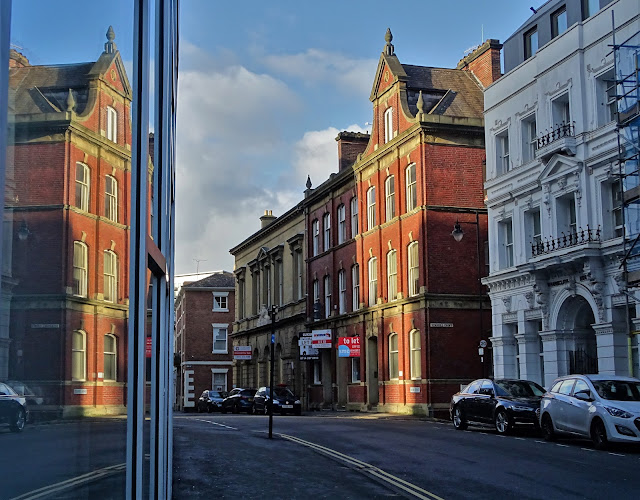 I noticed carved figures on the facade of a building in Fitzalan Square - celebrating some of the city's traditional metal working skills:- 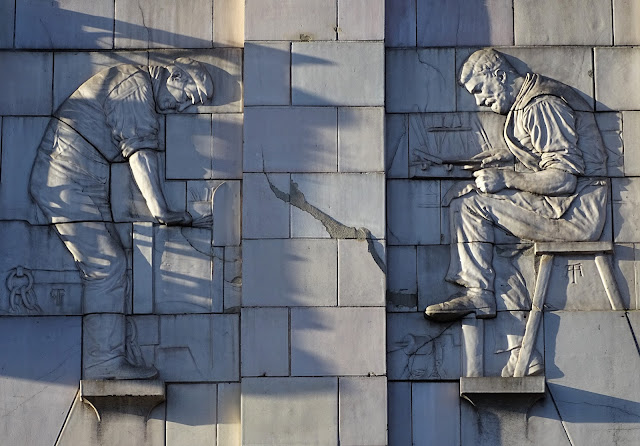 And that was that. Clint carried me home to prepare our Sunday roast dinner as Shirley visited the Christmas market at Sharrow Vale with an old friend. Though I say it myself, my roasted potatoes have finally reached a state of culinary excellence - crispy, bronzed and rosemary flavoured. Much depends on the potato variety you select. Eat your heart out Jamie Oliver!
- December 11, 2019