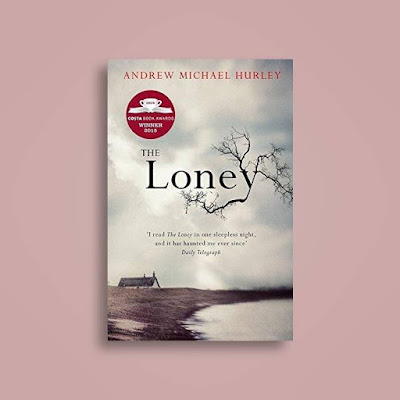 I picked up "The Loney" in a Sheffield charity shop a couple of weeks ago. I hadn't heard of it before and I wasn't quite sure what to expect from Andrew Hurley's first published novel.

From the very first page, I could tell that it was going to be well-written. Words were embroidered into the fiction with purpose and artistry. Hurley is clearly a writer who loves words and will not carelessly throw them away. Each word counts.

Set in a neglected coastal area of north western England, you might say that "The Loney" has a gothic character. Like the swirling waters of the incoming tide, there are dark mysteries beneath the surface of the story. Some things are suggested but never fully explained but what we do know is that the narrator's brother, Hanny, is no longer a simple-minded mute.

Hurley attends to the natural elements contained in his novel - the bracken, the sand, squabbling gulls, grey skies and the wind. They contribute to the gothic atmosphere in which unhappy human beings play out their roles.

I won't say much more about it for I don't wish to give the game away. However, what I will say is that "The Loney" made for a most enjoyable read. It belongs loosely to a genre that I would not normally enter but the gothic element does not overwhelm. It is subtly delivered. I end this blogpost with  another short extract:-

“We walked down onto the beach, following a ragged trail of debris. Seagulls had
been strangled by the sea into sodden, twisted things of bones and feathers. Huge grey tree stumps, smoothed to a metallic finish, had been washed up like abandoned
war-time ordnance. All along the beach, in fact, the sea had left its offerings
like a cat trying to curry favour with its owner.”
- December 29, 2019